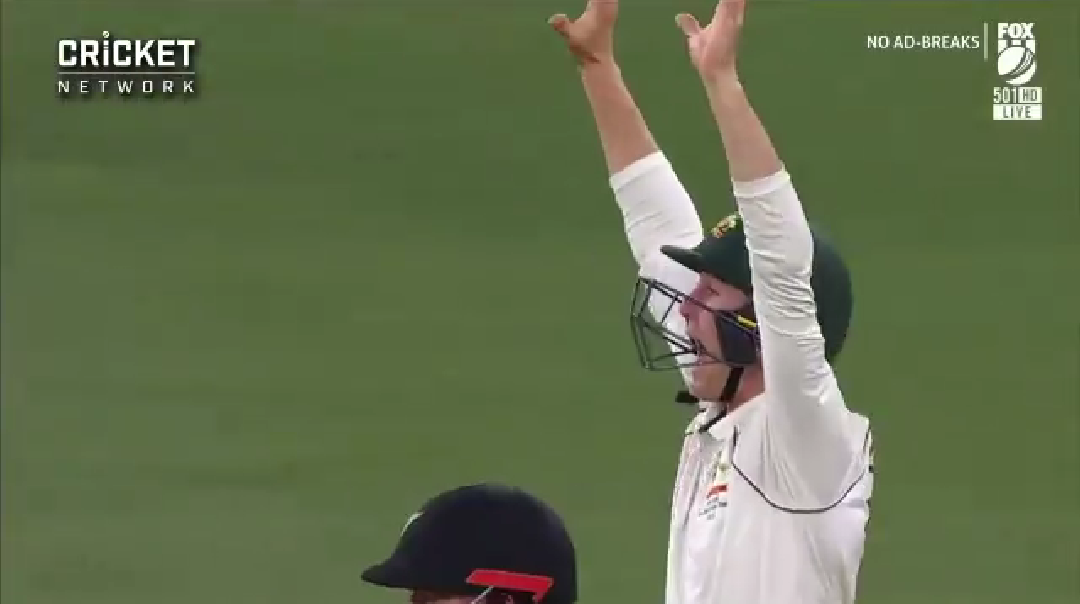 The centurion from the 1st test match between Australia and New Zealand at Perth appealed in a hilarious way against Henry Nicholls.

For Australia, Marnus Labuschagne scored 143 runs in 240 balls. This is also his 3rd consecutive test century. In his last two test matches against Pakistan, he also scored centuries in both matches.

In the first inning of Australia other than Marnus Travis Head (56 in 97 balls) scored a fifty. Wagner and Southee take 4-4 wickets and the other 2 wickets are shared by Jeet Raval and Grandhomme.

Trailing the 416 of Australia, the New Zealand team didn’t start well as both the openers were sent to the dugout within just 10 balls. After that Williamson and Ross Taylor starting building the partnership before Willamson was dismissed by Starc on a blinder catch from Steve Smith.

Before day 2 stump New Zealand was reduced to 109/5 in 32 overs. BJ Watling and Ross Taylor are on the crease before umpires called the day. For Australia Mitchell Starc takes 4 wickets and puts Australia on the top position in this test as New Zealand has already lost wickets and they still trail by 306 runs.

The centurion from the first inning from Australia Marnus was standing at short leg when Mitchell Starc beat the New Zealand batsman Henry Nicholls on offside. He was the only from the Australian side who was appealing to the umpire,

But umpire favored his decision on the batsman side and Marnus couldn’t believe. He also shouted  “I 100% heard the faintest nick,”