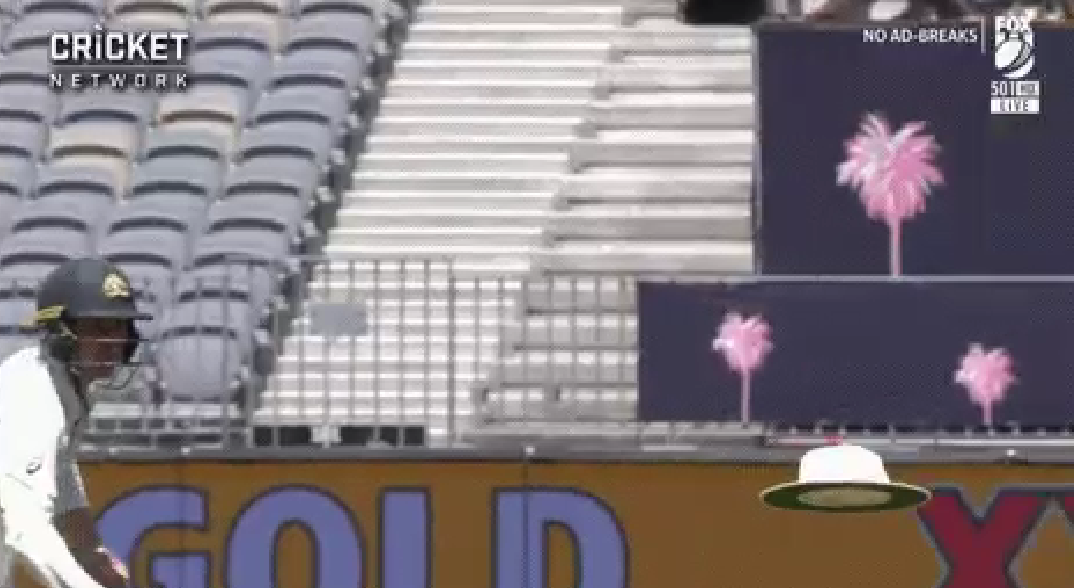 The ongoing day-night Test match between Australia and New Zealand in Perth has produced yet another funny moment on the field.

Australia vs New Zealand series has been very entertaining so far. Though not even a single match of the series has concluded, the fans have got more than one hilarious moment from the contest.

While the earlier moments featured only the players from Australia and New Zealand, this time the on-field umpires are also involved in the drama. During New Zealand’s innings, the Australian fielders played the ‘Flying Hat’ game with the umpire.

Talking about the Test match first, Australia posted 416 runs on the board in their first innings thanks to a magnanimous hundred from their newfound star Marnus Labuschagne. He has been the leading scorer in Test matches this year and he once again gave an example of his brilliance in Perth.

The Kiwi bowlers tried their best however, they could not stop Australia from crossing the 400 runs mark. The Australian team is in red hot form at home as they recently whitewashed Pakistan 2-0 in a 2-match series.

Besides, their bowlers have tormented Kane Williamson and co. under the lights as New Zealand has lost their 8 wickets and is trailing by over 250 runs.

Umpire and Players play the ‘The Flying Hat’

Shifting our focus to the funny moment that transpired today morning, the Australian short leg fielder helped the umpire in taking his hat which had fallen on the ground.

Instead of going towards the leg umpire and handing his hand over to him, the fielders chose to play ‘Frizbee’ and threw the hat towards him. Even the umpire seemed to have enjoyed that thing.