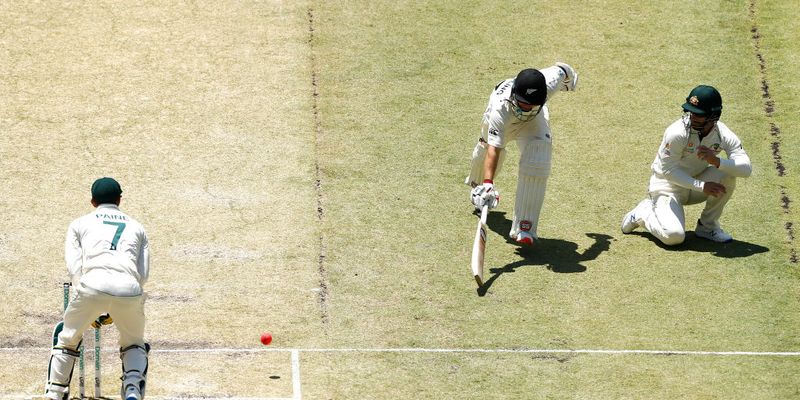 The ongoing first Test between Australia and New Zealand has been in the news for many reasons now – be it Tim Southee’s throw at the stumps, Neil Wagner’s brilliant low-catch to dismiss David Warner or Steve Smith’s one-handed stunner to dismiss Kane Williamson.

However, one incident further added in the list and that is none other than a missed run-out chance from Australia captain Tim Paine.

Australian bowlers continued to dominate on Day 3 in Perth as they bundled out New Zealand for 166 in the first innings.

Mitchell Starc was the pick of the bowlers as he picked up a fifer and finished with the figures of 5 for 52. Nathan Lyon also picked up a couple of wickets while Ross Taylor was the top scorer for New Zealand with 80 runs.

Tim Paine and the missed run-out

Australia Test captain Tim Paine once again came in the limelight for missing an easy run-out chance and thus gave New Zealand wicketkeeper-batsman BJ Watling an early life on Day 3. This, however, did not affect much to Australia as Pat Cummins cleaned up the wicket-keeper batsman after some time.

Tim Paine was seen fumbling when Watling took off for a second run. He was in the middle of the pitch when Ross Taylor sent him back as Nathan Lyon has already collected the ball.

Watling was nowhere in the scene when Lyon threw it to Paine which was the striker’s end but as soon as the ball bounced just in front of Tim Paine, he was not able to grab it and it went past his gloves and Watling made it to the crease safely.