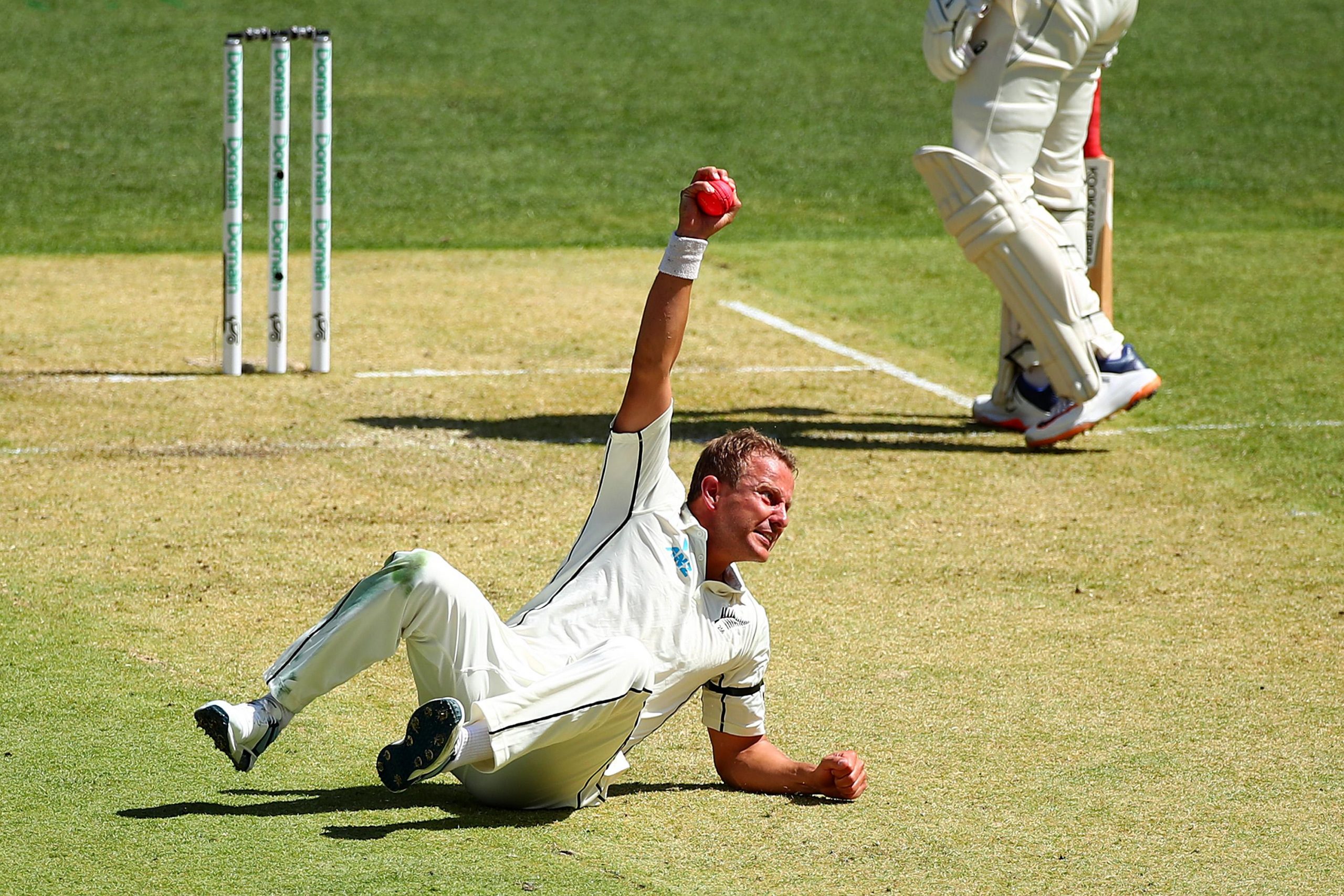 Australian opener David Warner has been in a scintillating form. He smashed a record 335* against Pakistan in his previous Test match.

To get him out, New Zealand required to pull off something really special in the first Test in Perth. Warner got off to a flying start where he scored 43 before getting dismissed. His dismissal was no less than an impressive effort from the opposition.

New Zealand bowler Neil Wagner has taken an unbelievable return catch during the first session of the opening Test which saw David Warner leaves the crease.

Wagner and the stunner

The delivery was very full and just outside off by Wagner where Warner came forward to hit. He tried to hit big but ended up hitting back towards the bowler.

On the other hand, Wagner was on his followthrough, but he stretched his right-hand across and grabbed the stunner, just before it hit the turf. A disappointed David Warner left the crease after scoring 43 off 74, including 4 boundaries.

However, this unbelievable catch left everyone in aww. Many have already labelled it as the catch of the summer.

At the time of writing the article, Australia went into the tea break at 2/76 with Steve Smith (0*) joining Marnus Labuschagne who were playing at 15*.