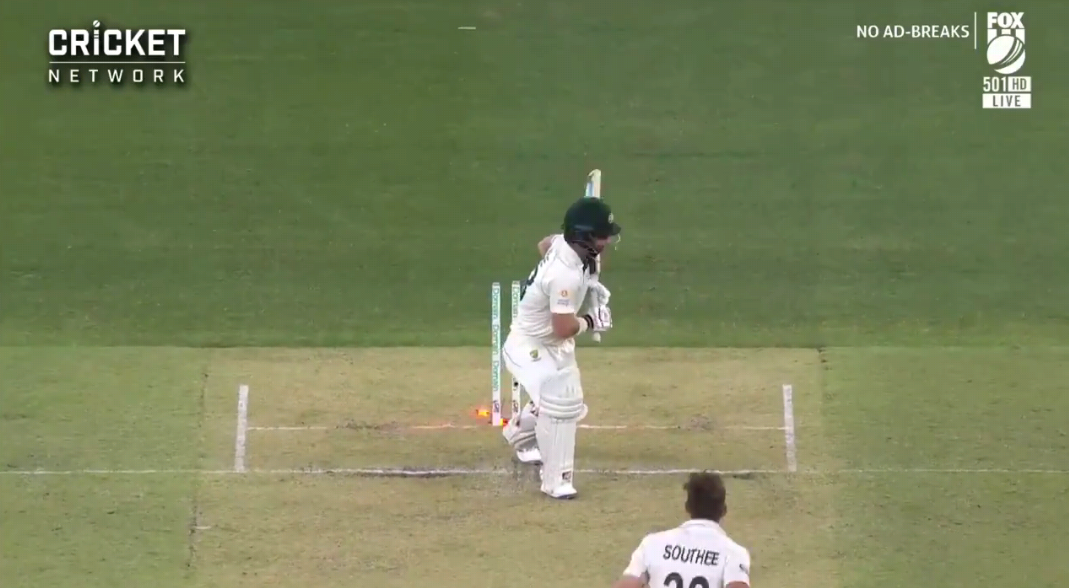 The first Test match between Australia and New Zealand is underway right now in Perth. This is a day-night Test match and as the Indian fans witnessed in the pink ball Test between India and Bangladesh, the pink ball swings a lot in the evening.

As per the cricket experts, the evening time is the most difficult time to bat in the middle. Because the visibility level of the ball is low whereas the lights are not adequate to better the vision of the batsmen.

Along with the batsmen, this has also created troubles for the fielders as we had seen in the series between Australia and Pakistan how Shaheen Afridi could not field well because of this issue.

While visibility is one of the biggest problems prevailing in day-night Test cricket, the swing also troubles the batsmen a lot.

One such incident has happened in the ongoing game between Australia and New Zealand where wicket-keeper batsman of the home team, Matthew Wade lost his stumps while trying to leave a delivery.

Australia had got off to a magnificent start in this Test match as David Warner, Marnus Labuschagne and Steve Smith propelled the home side’s total past the 200 runs mark.

Matthew Wade came out to bat at number 5 when Australia’s scoreboard read 207/3. Wade built a small partnership of 18 runs for the fourth wicket with Marnus before Tim Southee’s incredible delivery sent him back to the delivery.

New Zealand took the new ball and Southee made the perfect use of it by swinging the ball from outside off stump to straight into the stumps of Wade.