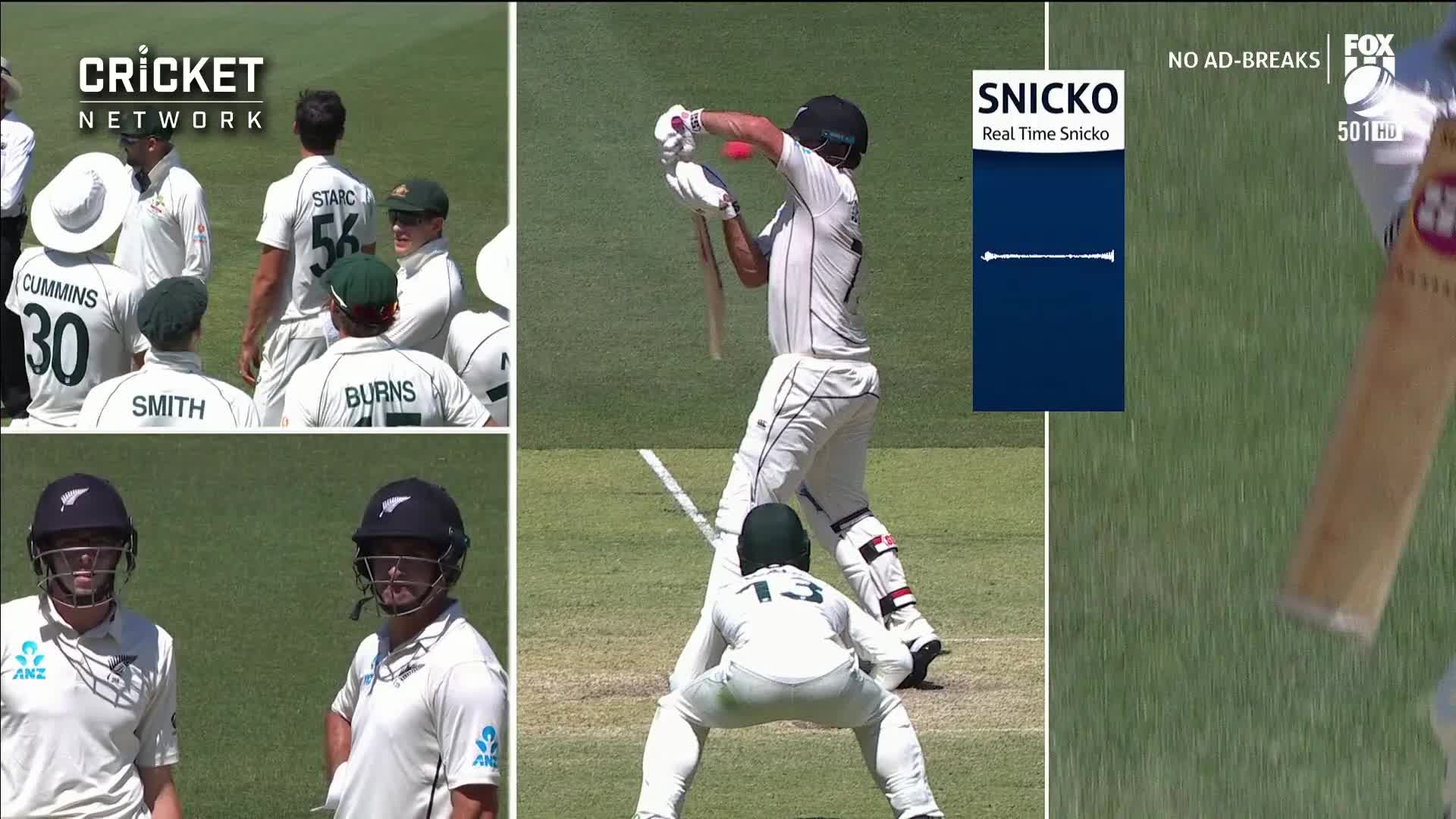 The first Test match between Australia and New Zealand has been full of entertainment and controversy. First, we saw how Marnus Labuschagne won the hearts of the fans with his century and then he made them laugh with his comic appeal.

Later the fans witnessed Ross Taylor brutally hurting his teammate Kane Williamson followed by a ‘Frizbee’ game between the Australian players and the on-field umpires. On a serious note now, the umpires have committed a massive blunder Down Under.

The home side had batted first in this pink-ball Test match and posted a total of 416 runs on the board. In reply, Mitchell Starc’s magnificent 5-wicket haul sent the Kiwis team packing and in the process, New Zealand gave away a big first-innings lead.

During the first innings of New Zealand, there was one very controversial moment. New Zealand all-rounder, Colin de Grandhomme was looking good in the middle as he was batting on 23 runs off 20 balls.

Mitchell Starc bowled a short-pitched delivery which led to de Grandhomme’s problematic dismissal next. The bouncer did not contact de Grandhomme’s bat nor his gloves. It touched its shoulders and traveled straight into the hands of the slip fielder. Australia appealed and umpire declared him out after thinking for a while.

While the umpiring errors are not new to the cricket universe, this mistake has crossed all the limits.  Next, New Zealand asked for a review.

The third umpire could not spot anything in the Hot Spot replay and when he took the help of Snicko Meter, there was any evidence that the ball had nicked his shoulder and not gloves. However, de Grandhomme had to go back to the pavilion!