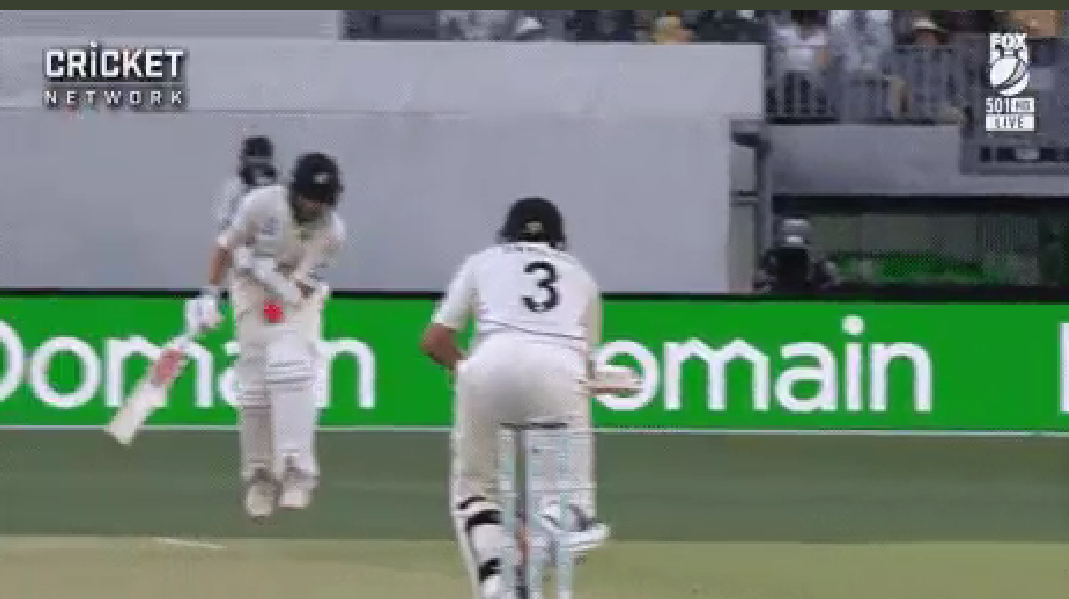 We had recently seen how the saga between Kesrick Williams and Virat Kohli unfolded during India vs West Indies series. And now, the comedy has continued in Australia vs New Zealand.

The fans earlier saw how Aleem Dar protected himself from an injury while standing at the leg umpire’s position.

Advertisement
Unfortunately, Kane Williamson could not save himself today as the ball hit him at the wrong place in the ongoing Test match.

Australia had batted first in the day-night Test match at Perth. Marnus Labuschagne scored a magnificent hundred to lift the home side to a total of 416 runs in the first innings.

In reply, New Zealand got off to a shaky start as they lost both Jeet Raval and Tom Latham in single-digit scores. Number 4 batsman Ross Taylor stitched a good partnership with skipper Kane Williamson. But Taylor brutally hurt his captain during the partnership.

During one of the overs of New Zealand’s batting, Ross Taylor hit a straight drive which directly hit Kane Williamson in an uncomfortable position.

The abdomen guard saved him from an injury however, the ball hit him hard. The fact that Williamson got up right after being hurt shows that he is fit.