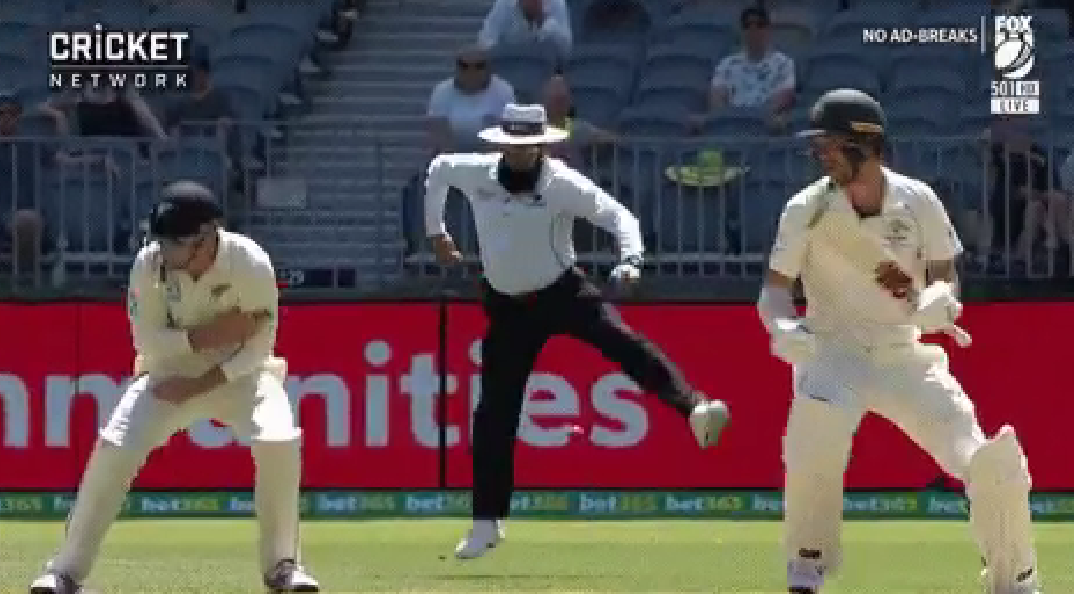 On-field umpire Aleem Dar showed a great reflex on the field during the Test between Australia and New Zealand. The stunning incident took place on the second day of the 1st Test in Perth where Australia won the toss and opted to bat first.

Batting first, Australia opener David Warner got off to a good start but he failed to convert that into a big score as Neil Wagner took a stunner on his follow through and sent him in for 43. Marnus Labuschagne scored another century and Travis Head too scored a fifty for Australia.

Most appearance as Test umpire

On the other hand, on Thursday Pakistan’s Aleem Dar surpassed Steve Bucknor’s record for officiating in the most number of Test matches as an umpire. His achieved the feat during the first Test of the three-match series between Australia and New Zealand in Perth.

“This is one milestone I had never thought of when I began my umpiring career. It is a truly amazing feeling and a high point of my life when I take the field here in Australia; thousands of miles from where I started my international career at home in Gujranwala,” Aleem Dar was quoted as saying by ICC.

“Steve Bucknor was my idol and it is only sinking in now that I will have officiated in more Test matches than him. In the nearly two decades of my international career, I have had the good fortune of watching some memorable matches and achievements like Brian Lara’s Test knock of 400 not out and South Africa’s epic chase of Australia’s score of 434 in an ODI in Johannesburg in 2006,” he later added.

Interestingly, during Head’s knock, an unbelievable incident occurred. Wagner bowled a short ball at the stumps to Travis head while the batsman rolled his hands and hit across the square leg.

Umpire Aleem Dar was at the deep square leg at that time. Who ended up diving late and let the ball pass through his legs.

Watch the Video on the next page