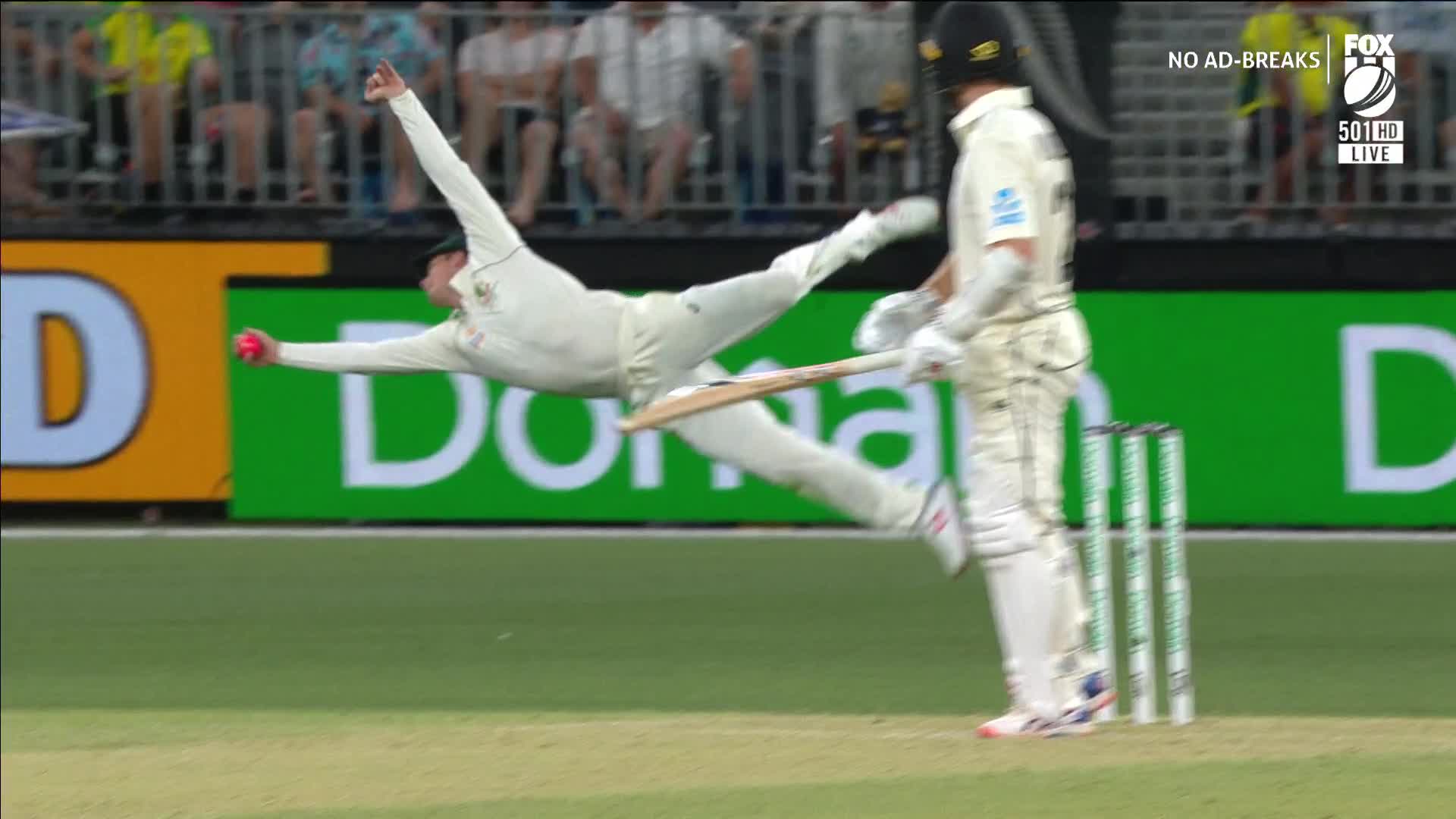 In the ongoing 1st Test between Australia and New Zealand, Smith took a blinder at the slip to dismiss New Zealand captain Kane Williamson.

Steve Smith has proved why he is considered one of the best cricketers in the world in recent times – be it with the bat or fielding. After having smashed a whopping 774 runs in the Ashes series, he has been doing wonders.

Australia won the toss and opted to bat first where David Warner provided with a stable start by scoring 43. However, it was Marnus Labuschagne who took the limelight. He smashed another century — 143 off 240 balls which included 18 fours and a six.

While chasing, New Zealand got off to a horrible start as Australia pace spearhead Mitchell Starc took a good return catch to dismiss Tom Latham for a 2-ball duck. Josh Hazlewood struck in his first over as he bowled Jeet Raval for 1.

The incident occurred in the 4th ball of the 23rd over when Mitchell Starc bowled a short and wide delivery. Kane Williamson just hit it horizontally but half-heartedly and that went to the slip.

Steve Smith was fielding there at that time who flew to his right and grabbed the ball in one hand. His one-handed stunner by diving saw the dismissal of Kane Williamson who scored 34 off 70 including seven boundaries.