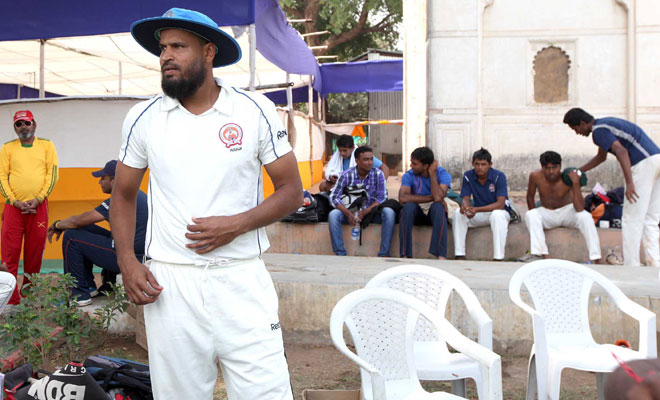 Yusuf Pathan has been one of the biggest names in Indian cricket. The Baroda-based all-rounder was one of the first big-hitters of the country.

He is well known for making his debut in the T20 World Cup 2007 final against Pakistan. Given that the team picked him as a replacement for Virender Sehwag shows why he is so dangerous.

Though he could not make it big at the international level, Pathan always remained a star player in the domestic arena. He played for Baroda besides donning the Kolkata Knight Riders jersey in the IPL.

KKR released him after a few disappointing seasons and then, Yusuf landed in the Sunrisers Hyderabad camp. However, his poor form had led to his release before the auction.

While it is no secret that Yusuf Pathan is just a shadow of his former self, one cannot deny that he possesses incredible experience of playing cricket. The Baroda all-rounder is one of the marquee players for his state in the domestic tournaments.

Talking about domestic tourneys, Ranji Trophy is the most prestigious domestic cricket tournament in India and it is a matter of pride for every player to play in the competition. However, the umpiring standard has not been up to the mark in this tournament. Yesterday, we saw one of the best examples of this case.

Umpire wrongly adjudges Pathan out, he does not walk back

As mentioned ahead, the umpires have not upgraded much in the last few years and despite the introduction of DRS, the problem of poor umpiring persists.

During the Ranji Trophy match between Baroda and Mumbai, the umpire ruled Pathan out when a ball had hit his pad and went straight into the hands of the short leg fielder.

Pathan could not believe what he saw and thus, he did not walk back to the pavilion. It was only after the senior Mumbai players – Ajinkya Rahane and Aditya Tare interfered that Pathan returned back.