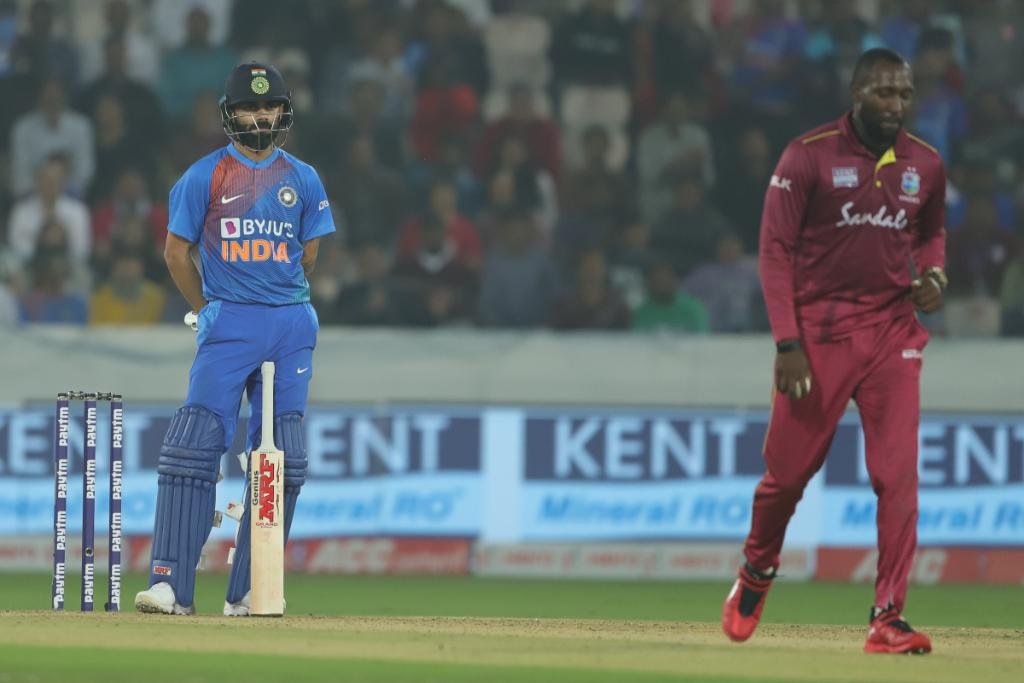 The Indian National Cricket Team captain Virat Kohli gets angry on Kesrick Williams after he tries to dodge while running in the first T20I at Hyderabad.

The Indian Cricket team has won the first T20I match against West Indies with 6 wickets. Talking about the match, Indian Captain Virat Kohli elected to bowl first after winning the toss.

For the Indian National cricket team, after losing the vice-captain Rohit Sharma for just 8 runs, Virat Kohli and KL Rahul started to build a partnership.

KL Rahul while opening scored 60 runs in 40 balls and hit 5 fours and 4 sixes in his inning. Meanwhile, on the other hand, the Indian National Cricket Team Captain Virat Kohli played a match-winning knock. He remained not out on 94 and took just 50 balls in his inning. He also hit 6 fours and 6 sixes in his power-packed performance.

We all know how much the Indian Captain Virat Kohli remains aggressive on the field. Today also on the 5th ball of the 13th over of the game from Kesrick Williams, Virat Kohli loses his coolness.

Talking about the moment Virat Kohli edge the ball and run for a single but while running, Kesrick Williams came in between in his line. On this Virat Kohli gets angry and also complains to the umpire.

Watch the Video on the next page