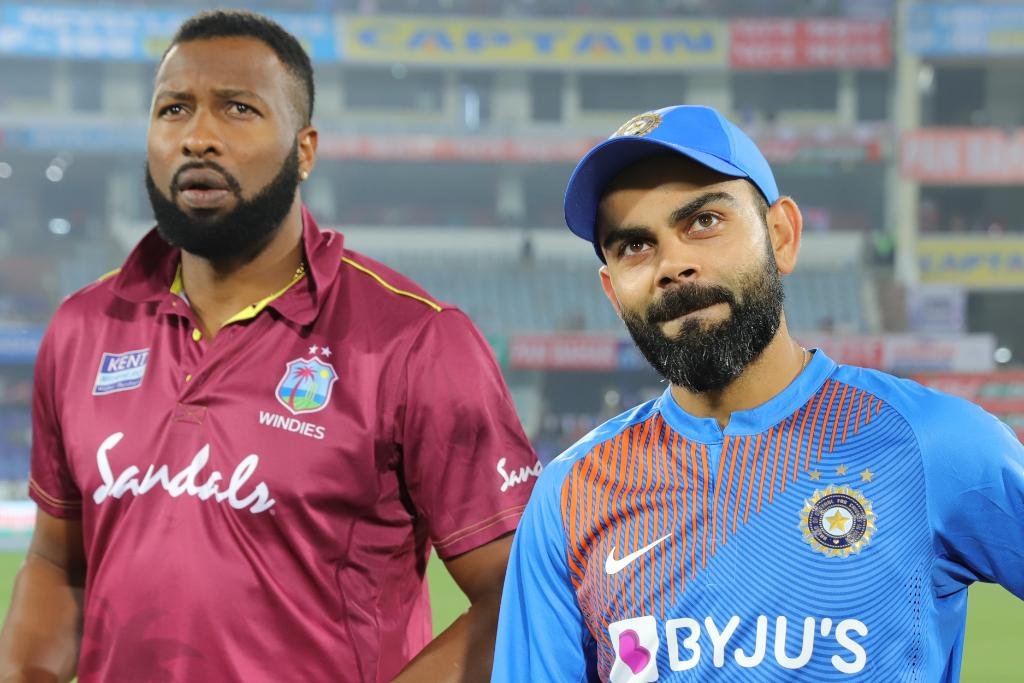 India kicked off their series on a winning note as Virat Kohli played his best T20I knock to guide the home team to a 6-wickets win. Virat had earlier won the toss and invited West Indies to have a bat first.

West Indies put on a massive total of 207 runs on the board riding on Shimron Hetmyer’s half-century. Skipper Kieron Pollard and opening batsman, Evin Lewis too chipped in with some vital contributions as they decimated the Indian bowlers in Hyderabad.

Deepak Chahar proved to be very expensive from the Indian bowling attack while Ravindr a Jadeja kept a check on the run flow by conceding only 30 runs in his 4 overs.

Chasing a target of 208 runs, India lost Rohit Sharma early but, KL Rahul kept India in the match by playing a flamboyant innings at the top. He stitched a 100-run partnership with Virat Kohli for the second wicket.

When Rahul got out, Kohli took the innings’ charge and drove India home with his 94* run knock. During his innings, he also mocked Kesrick Williams with his notebook celebration.

Fans Catch The Balls in the Crowd 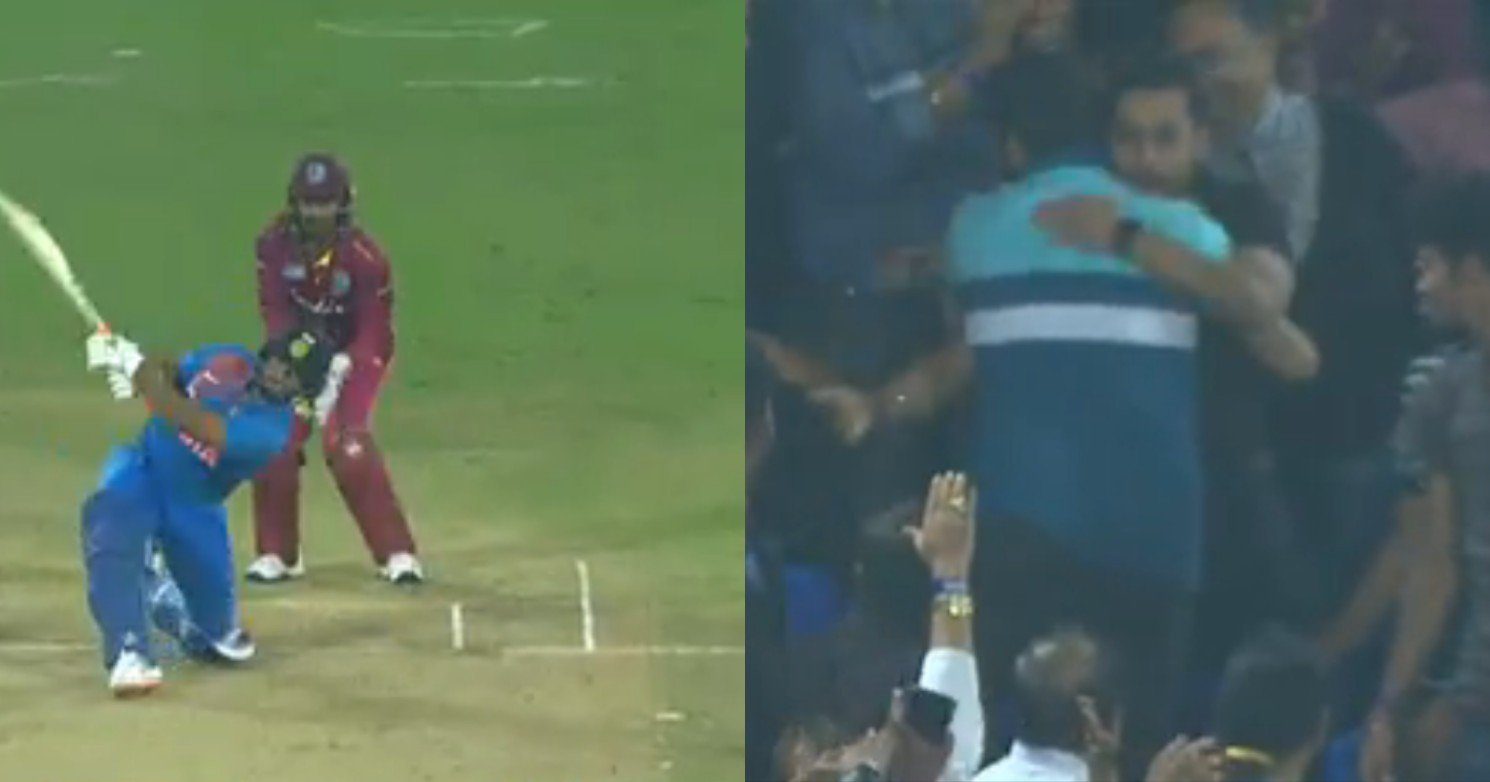 India’s upcoming wicket-keeper batsman, Rishabh Pant got off the mark with a fantastic six on the first ball. The most special thing about that maximum was that a spectator at the Rajiv Gandhi International Stadium executed a brilliant one-handed catch and caught the ball.

Co-incidentally, captain Kohli too hit a six on the very next ball and once again the spectators took an eye-popping catch.