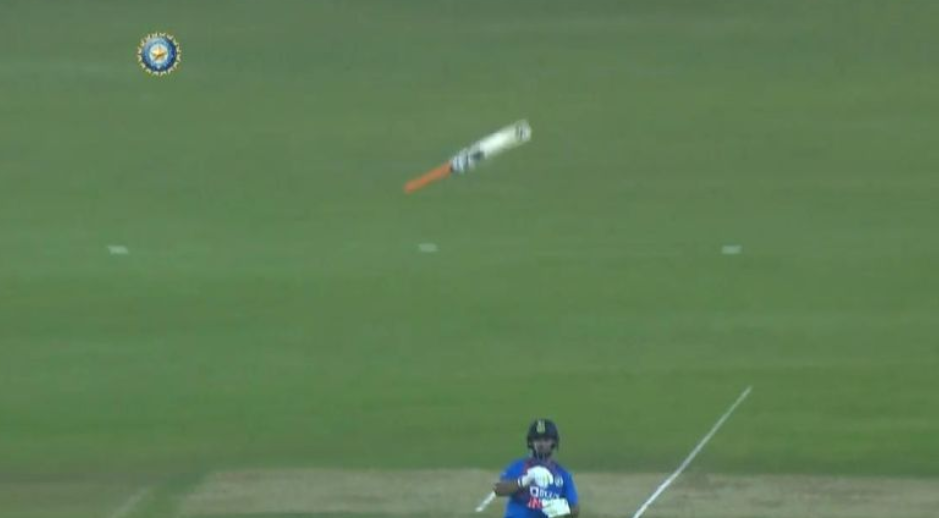 Rishabh Pant is perhaps the most talked about cricket in the Indian team right now. It does not matter if he is scoring runs or not, there is excitement surrounding every ball he faces. The same story repeated in the second T20I between India and West Indies.

Batting first, the Indian openers could not make an impact in the innings. Thus, Virat Kohli decided to send the hard-hitting batsman Shivam Dube ahead of himself. The left-handed batsman lived up to the expectations and turned the tables in India’s favor by hitting three consecutive sixes off Kieron Pollard’s bowling.

It seemed like India would easily manage to cross the 200 runs milestone but, they lost the momentum once Dube returned to the pavilion. Kohli and the new batsman Rishabh Pant took some time in the middle but there was not a single good partnership from the home team.

Finally, India ended its innings on 170 runs at the loss of 7 wickets. The fielding performance of India was also below-par as they could not grab the catches in the deep. Washington Sundar and Rishabh Pant dropped two easy catches which ultimately led to India’s defeat.

Lendl Simmons returned to form with a bang as he stayed unbeaten till the end and helped West Indies win the match. Kesrick Williams won the respect of the fans by not choosing to celebrate when he got the better of Indian captain Virat Kohli.

Over the years, the fans have seen many weird moments in cricket history. But, yesterday Rishabh Pant found himself in a hilarious hoodoo. He got the strike in the final over of the innings but because of his wet gloves he lost the grip of his bat and sent it in the air.

The ball and the bat did not contact each other yet the bat traveled more distance than the delivery.