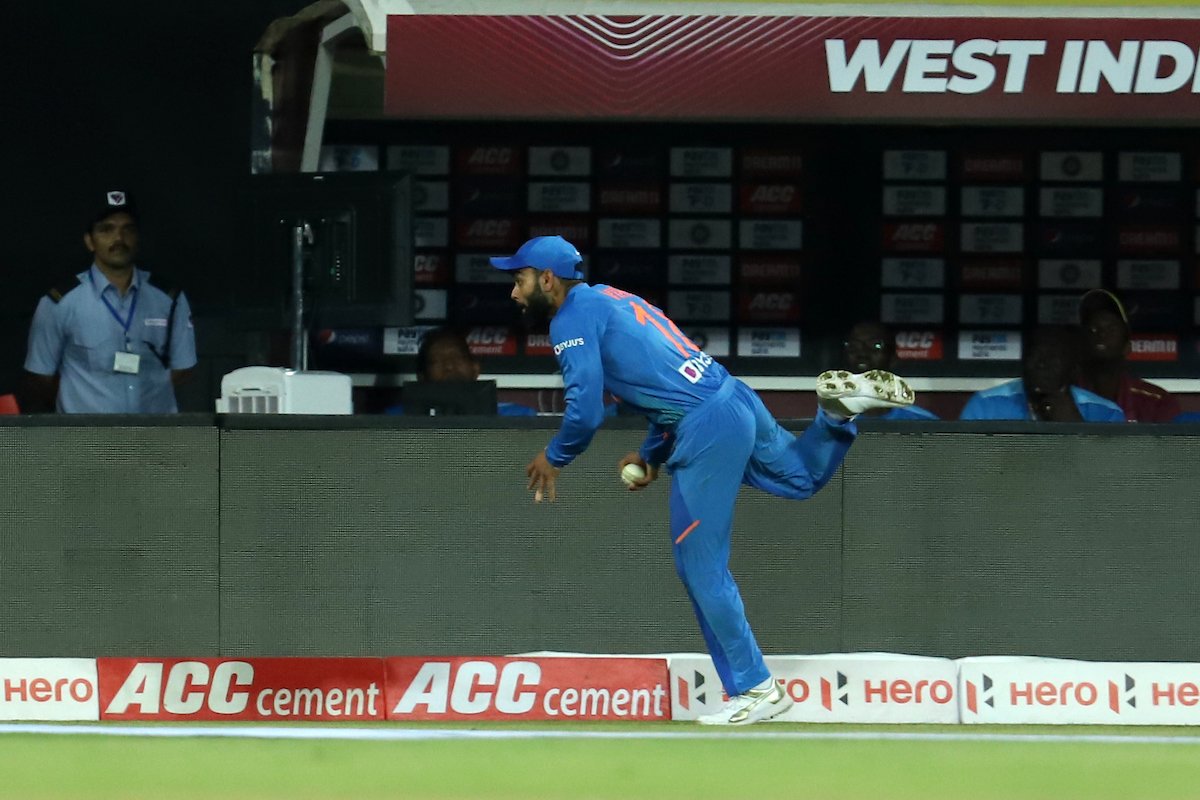 The second T20 match between India and West Indies witnessed a lot of misfields as the experts felt that the Indian fielding was not up to the mark. And, this poor fielding effort led to India’s defeat in the game.

Talking about the match first, West Indies had won the toss. After winning the toss West Indies invited the home side to have a bat first. Shivam Dube played a whirlwind knock after receiving a surprise promotion to the number 3 position. None of the other batsmen got going but Rishabh Pant struck some fine shots in the middle to take India’s total to 170/7.

Kesrick Williams had won the hearts of the audience by choosing not to celebrate his wickets in the first innings. Instead of taking out his notebook, Williams instead kept his finger on the lips and preferred to stay quiet.

Chasing a modest total of 171 runs on a sticky wicket, Lendl Simmons and Evin Lewis got West Indies off to a good start at the top. However, the luck was not in the favor of India as Rishabh Pant and Washington Sundar dropped the opening batsmen off successive deliveries.

Eventually, Lewis lost his wicket for 40 runs as Shimron Hetmyer came out to bat for West Indies. Hetmyer was looking in killer form as he had hit some big shots in Ravindra Jadeja’s over.

It took a spectacular effort from the skipper Virat Kohli to send Hetmyer back to the pavilion as he executed a brilliant dive and took a blinder in the deep. The commentators mentioned on TV that the wicket should be given to Kohli and not Ravindra Jadeja. This shows how unbelievable the catch was.