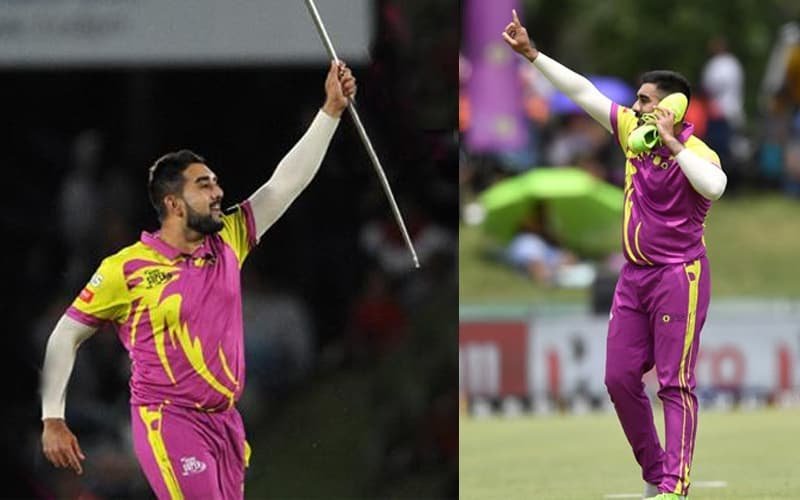 And now recently a video has gone viral of Tabriz Shamsi’s magic trick in Mzansi Super League. It was the 24th match of the tournament between Paarl Rock and Durban Heat at Boland Park stadium.

Before coming to the Shamsi’s magic trick, talking about the match, Durban Heat won the toss and opted to bowl first. Batting first Paarl Rocks scored 195 runs in 20 overs. For Paarl Rocks, the opener Cameron Delport scored 84 runs in just 49 balls hitting 10 fours and 3 sixes in his inning.

The captain of Parl Rocks, Faf Du Plessis also scored a quick fifty and remained not out on 66 in just 36 balls. Faf Du Plessis hits 4 sixes and 3 fours and gave a great ending to his team.

But both the innings of Cameron Delport and Faf Du Plessis went in vain as Durban Heatwon chased down the target with 7 balls remaining. Alex Hales the English player, opening for Durban Heat scored 97 runs in just 55 balls and also remained not out till the end. He hit 9 sixes and 4 fours in his inning.

Talking about this moment, it all happened on the second ball of the 14th over. David Miller facing Shamsi played a lofted shot and gave an easy catch to Kyle Verreynne. After taking the wicket Shamsi celebrated by turning a red handkerchief into a stick.