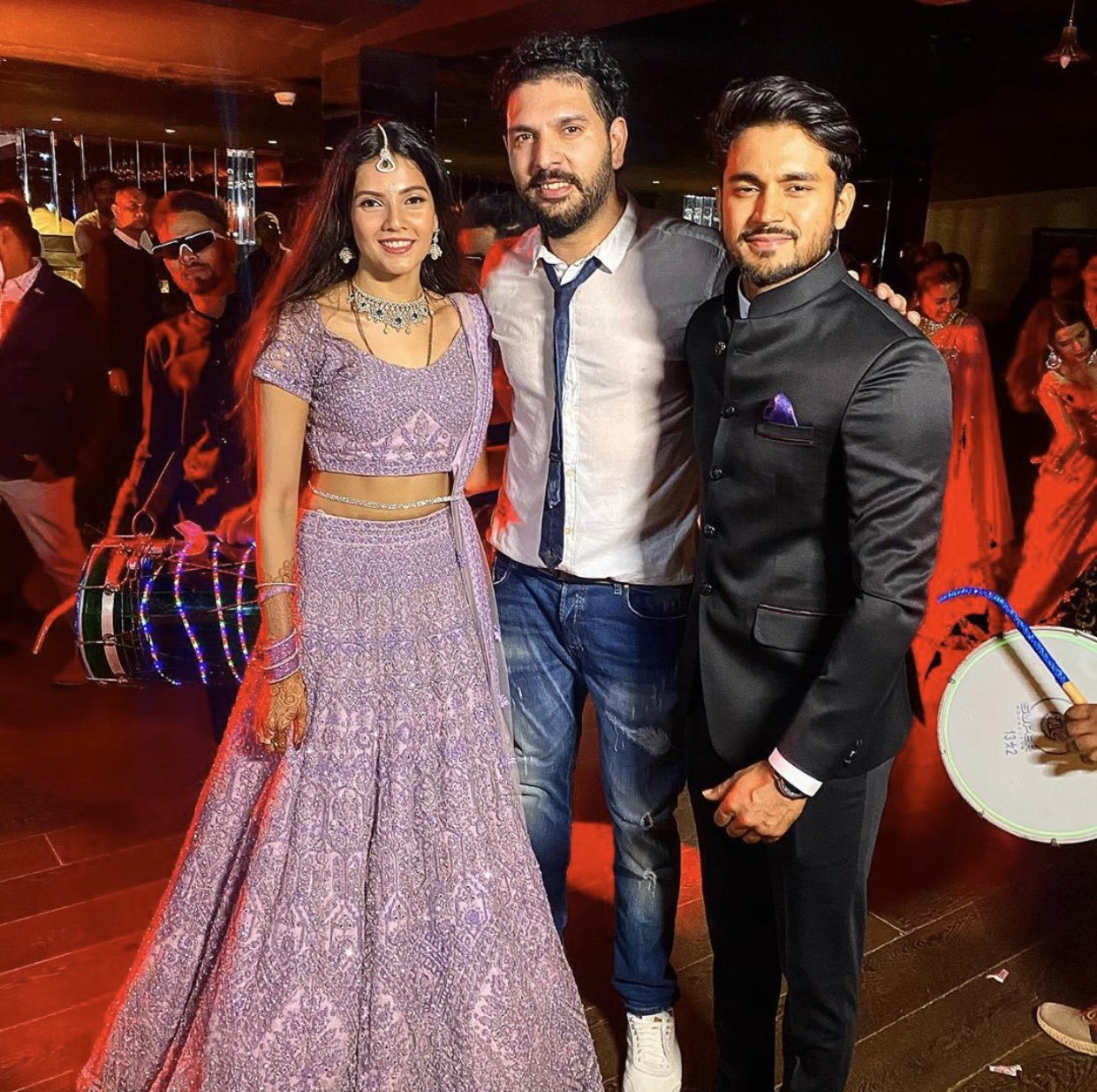 After winning the Syed Mushtaq Ali trophy Manish Pandey himself revealed his marriage plan with Ashrita. The 26-year-old Tamil Actress Ashrita Shetty has featured in many movies in Tamil Industry.

It was a nail-biting match as Karnataka defeated the Tamilnadu with just 1 run. Manish Pandey leading from the front scored 60 runs in 45 balls and won the trophy for his team.

Manish Pandey is now currently part of the Indian National Cricket team squad for the upcoming T20I series against the West Indies.

Known for his entertaining nature whether on the field or off the field the former Indian Cricketer and World Cup champion Yuvraj Singh spotted dancing on the beat of the dhol at the reception of Manish Pandey.