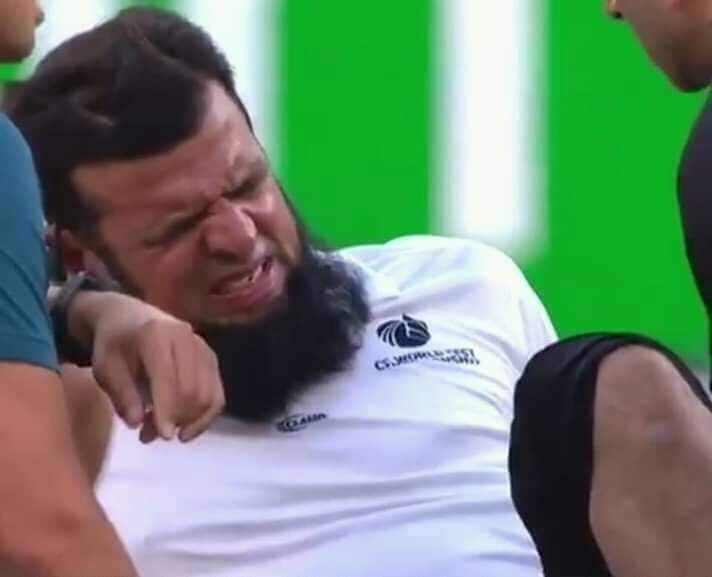 Umpire Aleem Dar injured by a throw from Mitchell Santner in 1st test match between Australia and New Zealand at Perth.

The first Test match between Australia and New Zealand has by far been the most entertaining Test match of this month. Being a day-night Test match, the fans expected to receive quality entertainment from the match however, no one would have predicted the entire drama that has happened in the last few days.

While there has been a lot of comedy in the middle, on a serious note, the players have also picked up injuries. On the opening day of the Test, New Zealand fast bowler Lockie Ferguson injured himself and on the next day, Australian pacer Josh Hazlewood hurt himself.

Luckily, none of these injuries were brutal and the game has continued as per the plans. Australia has been unstoppable in this game as they piled up a massive total of 416 runs on the board during their first innings. Marnus Labuschagne emerged at the start of their innings.

In reply, New Zealand got bowled out for just 166 runs as Mitchell Starc scalped 5 wickets for the home nation. Ross Taylor tried to save the day for the Kiwis but unfortunately, his 80 runs knock could not protect the Blackcaps.

Australia kick-started their second innings on a positive note with half-centuries from Marnus Labuschagne and Joe Burns. However, there was one accident that happened during the Australian innings which caught the eye of the fans.

The players tend to give their 100 percent on the ground hence, they do not care what’s happening around them while fielding.

Mitchell Santner did not note that the on-field umpire Aleem Dar is just behind him and he dashed him so hard that Dar fell on the ground. The medical team later checked him out.