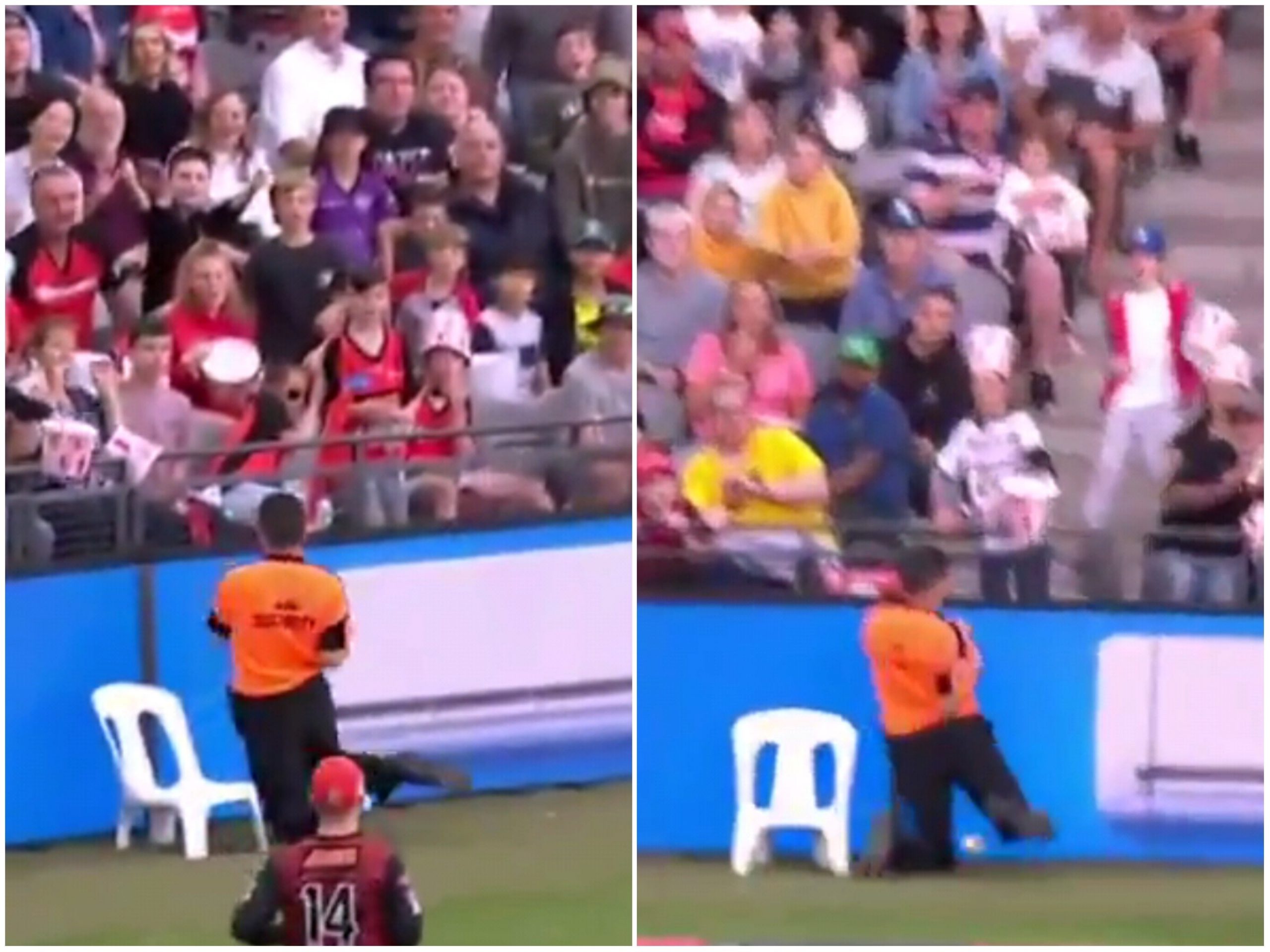 The ninth season of Australia’s premier T20 tournament, Big Bash League is underway currently. The defending champions, Melbourne Renegades did not have the best of the start to their season as they lost all of their first 9 matches. But, of later, the Renegades have found their touchback.

They played against the Hobart Hurricanes today and in a high-scoring thriller, the Hurricanes pipped their rivals by 4 runs. It was raining sixes in the BBL match today as Hobart scored 190 runs in the first innings while Melbourne fell four runs short of the target. Both the teams scored eight sixes each in this match.

Talking about the game first, this was the 47th Match of BBL 2019-20. Melbourne hosted this match at the Docklands Stadium but it was the Hobart-based franchise that got the chance to bat first.

They got off to a flier in the powerplay overs as they scored 78 runs off the first 6 overs. Captain Matthew Wade scored 66 runs off 29 deliveries. He got good support from his opening partner, M Wright who remained unbeaten on 70. Ben McDermott came out and played a cameo of 38 runs in the middle.

In the later phase of the match, half-centuries from Mohammad Nabi, Beau Webster, and Shaun Marsh could not help the Renegades chase down the monumental target. They scored 186 runs and lost the game by 4 runs.

As mentioned ahead, the sixes were raining during this match but unfortunately, one of the sixes did not hit the boundary placards as it struck directly on the knee of the security guard who was guarding the audience.

He did not have proper attention on the ball hence, he met with a fatal accident. We hope the security guard recovers to full fitness soon.