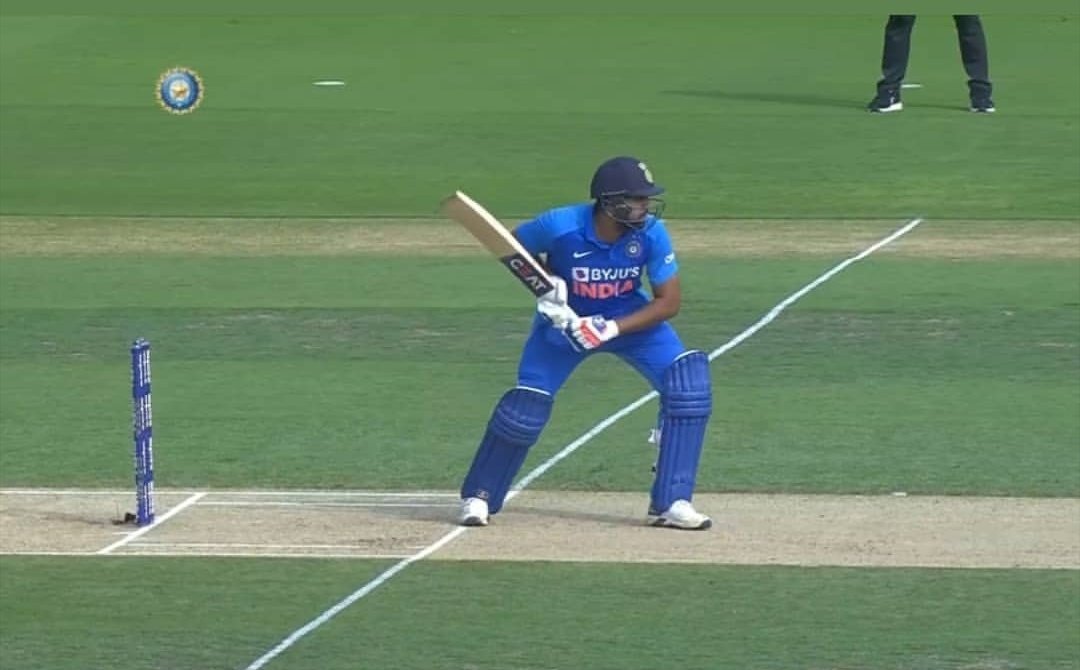 Cricket and Tennis are perhaps two of the most co-related sports in the world. Just like tennis, the player’s goal is to slam the ball in cricket. However, there are no rules like deuce or ace in the world of cricket.

Over the years, several fans have witnessed the cricket players replicate tennis shots to achieve success in the batting department. The forehand slaps have been the most successful weapon in decimating the opposition bowlers. Rohit Sharma did the same to Kane Richardson in ongoing India vs Australia match.

Talking about the match first, India is coming off a 10-wickets loss in the first ODI match at Wankhede Stadium. They are playing the second match at a venue where India has never won a game while Australia won the toss today.

Despite so much unluckiness, the Men in Blue defied all the odds and posted 340 runs on the board at the loss of 6 wickets. Half-centuries from Shikhar Dhawan, KL Rahul, and Virat Kohli have helped India make such a big score against the strong fast bowling attack of Australia which consisted of Mitchell Starc, Pat Cummins and Kane Richardson.

The fans believe that Kane Richardson is the weakest link of the Australian bowling attack. Mitchell Starc has the ‘X-factor’ of his left-arm action while Pat Cummins is the top class bowler of the world right now. And, it seems like the Indian team also tried to target Richardson today.

The fast bowler was bowling the 13th over of the Indian innings where he bowled a short-pitched delivery. Sharma showed no relent to Richardson as he whacked the ball with a tennis forehand shot. He also earned 4 runs for the shot. However, he lost his wicket in the next over to Adam Zampa.

Watch Video of Rohit Sharma hitting a tennis ball shot on the next page.