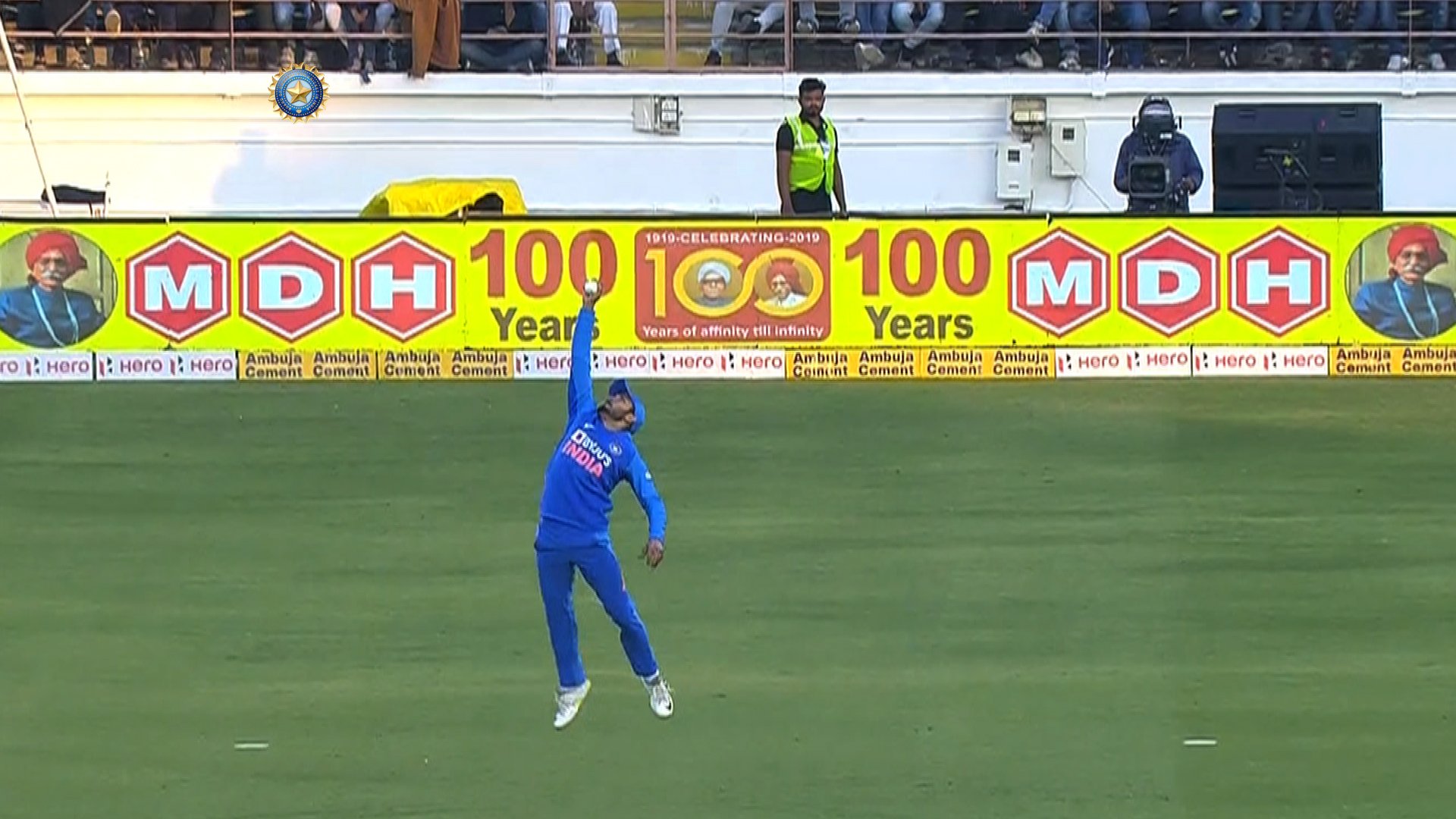 The fielding of the Indian cricket team has always been one of the major talking points of the cricket world. Earlier, the Indian team was considered as the worst fielding side as the players used to spend all their money on parties.

However, the generation has changed now as the cricketers are much more focused to extend their careers with the improvement of fitness levels.

The likes of Virat Kohli, Manish Pandey, and Ravindra Jadeja are the best examples of fitness specialists. They have taken care of their fitness levels at the best level. Speaking of Manish Pandey, he recently showcased his brilliant fielding skills with a brilliant catch.

The 2nd ODI of India vs Australia ODI series is currently underway in Rajkot where the Indian side has posted a total of 340 runs in the first innings. Chasing 341 runs in the second innings, Steve Smith has put in the driver’s seat.

Earlier in the day, half-centuries from Shikhar Dhawan, KL Rahul, and Virat Kohli had helped India cross the 300-run mark. India has a very good record when it comes to posting 325 runs or more in the first innings and then winning the match. So, India is the favorite to win this game and level the series.

David Warner and Aaron Finch, last match’s heroes for Australia, had opened the innings this time as well. However, the Indian team had come with full preparation this time around.

Mohammed Shami had dismissed David Warner in the first phase of the innings. Manish Pandey played a major role in that wicket as his brilliant one-handed catch gave India the first wicket. Even the Indian team players could not believe it such was the beauty of the catch that Pandey took.