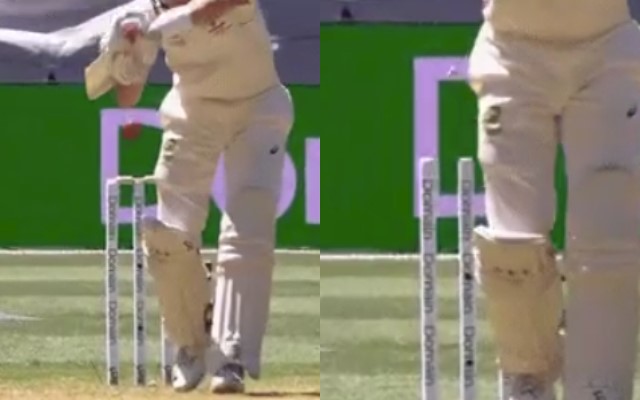 The 2nd Test match between Australia and New Zealand is currently underway in Melbourne. The hosts, Australia are batting first in this Boxing Day Test match and some good batting from Marnus Labuschagne and Steven Smith has placed them at a comfortable position.

Australia is batting well as Steve Smith and Travis Head are currently unbeaten in the middle. The former Aussie skipper, Smith is playing on 77*, a knock which includes 8 fours and a six.

His partner is on 25* off 56 deliveries. Talking about the bowling performance of New Zealand, the bowlers bowled well but there was nothing special to highlight about their performance.

Colin de Grandhomme has been the most successful bowler for New Zealand with figures of 2/48 in 21 overs. On the other side, left-arm pacers Trent Boult and Neil Wagner have taken a wicket each. Australia is at 257/4 after the end of day one’s play.

Australian openers, David Warner and Joe Burns did not enjoy batting much on this wicket in front of the 80,000 fans because of their hard luck.

Warner lost his wicket courtesy of a magnificent catch from Tim Southee in the slips while Joe Burns seemed to have not slept properly last night in his hotel room.

The left-handed batsman, Warner took the strike on the first ball and took three balls to get off the mark. He took a single on the third ball of Trent Boult to bring Burns on the strike.

The fans expected Burns to perform well because he has been a consistent player however, he completely missed Boult’s delivery and failed to even leave it alone. The ball hit his elbow and went straight onto his stumps.