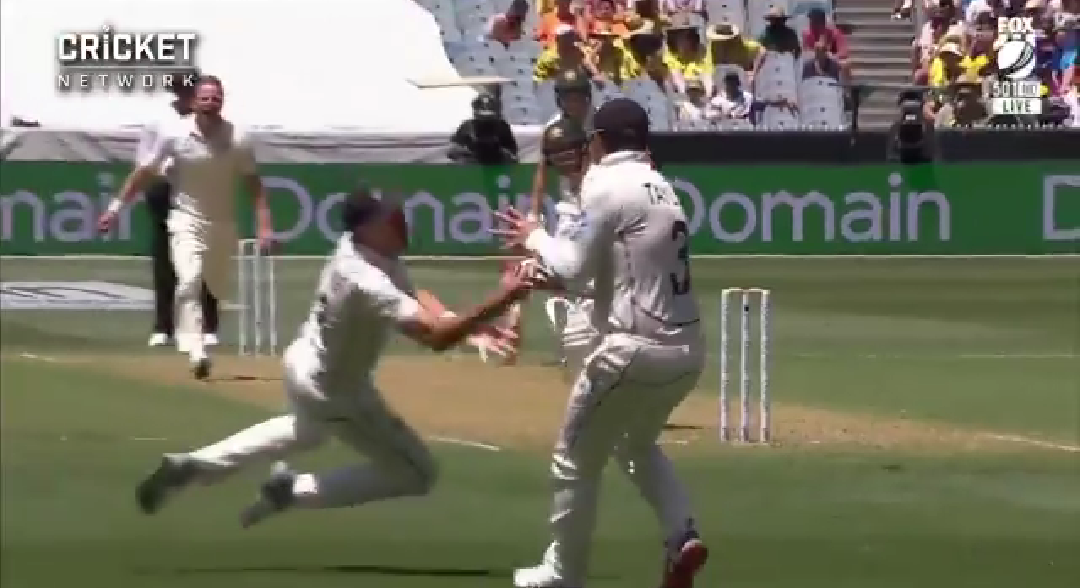 As the first Test between the Trans-Tasman rivals had produced several classy and hilarious moments, the cricket universe expects the same from the second Test.

Traditionally, in the western areas of the world, the people celebrate the day after Christmas as Boxing Day. And, Australian Cricket board decides to hold a special Boxing Day Test match every year to attract huge numbers. In today’s match, nearly 80,000 fans are in attendance which shows the prime importance of this game.

About the match so far

Trent Boult got New Zealand off to a dream start as he sent back Joe Burns for a golden duck on the first ball. David Warner and Marnus Labuschagne then stabilized Australia’s innings with a fine partnership in the middle.

Though the New Zealand bowlers have bowled extremely well in Melbourne, Australia has dominated the proceedings. Steve Smith’s half century has guided them surpass the 200 runs landmark very easily.

Now, the onus is on the rest of the batsmen to convert the good start into a grand total of Australia’s first innings.

The left-handed Australian opener, David Warner had got off to a good start as he was looking set for yet another Test fifty. He had struck 3 fours and was batting on 41 off 63 deliveries before Southee took a magnificent catch at the slips.

Neil Wagner was the bowler for the BlackCaps and this incident happened during the 22nd over of the Australian innings. Warner nicked one delivery which was going straight into the hands of the first slip however, Southee took the responsibility on his shoulders and dived in from the second slip to grab a wonderful catch.