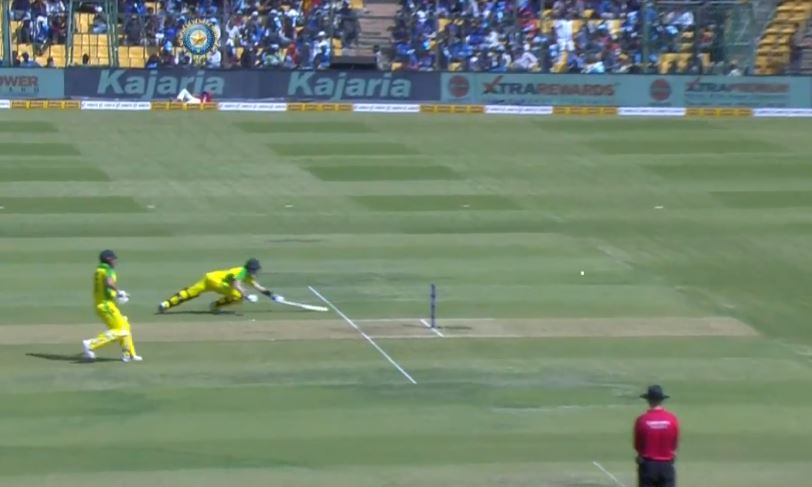 The third and final ODI between India and Australia is being played at Chinnaswamy Stadium, Bengaluru. This is the final ODI of the 3 match series. Host and Vistors both are now equal with 1-1 win to each.

Batting first after winning the toss Australia put a total of 286 runs in 50 overs. The Indian team has a great chance to win the series after seeing their batting strength in the last ODI at Rajkot. The winner of the match will get the trophy of the series.

Today everyone witnessed a devastating mixed up run out in the first inning of Australia when Steve Smith got run out the Australian captain Aaron Finch. After losing David Warner early to Mohammed Shami, the Australia team need a good partnership to build the base for the team.

Everything was going fine for Australia as the former captain Steve Smith and current captain of Australia ODI Cricket team Aaron Finch kept rotating the strike and started building a partnership.

But on the 5th ball of 9th over from Mohammed Shami, Steve Smith tap the ball towards the backward point. He made a call to Aaron Finch for a single but after running a few yards he changed his mind and came back in the crease.

But on the other side the Australian captain Aaron Finch came in the mid of the pitch and had no chance of getting back to the crease and got run out. On this, Aaron Finch was unhappy as he was seen getting angry in the dressing room.