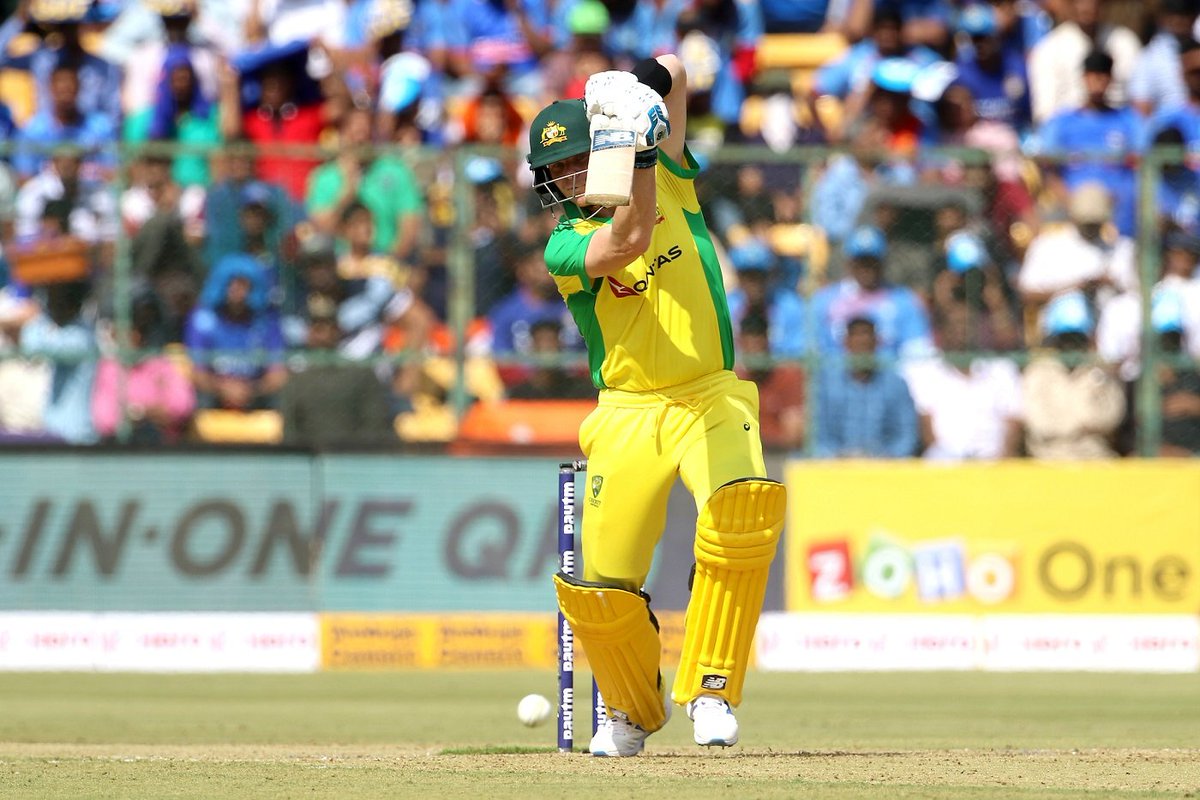 The final and decider 3rd ODI between India and Australia is underway at M Chinnaswamy Stadium, Bengaluru. Series is now at level with 1-1 win for both the teams.

Australia team won the first match by 10 wickets at Mumbai and gave a major set back to the hosts but Kohli and Co. bounced back in the second match at Rajkot and won the match by 36 runs to level the series.

Coming to this 3rd ODI, the Australian team elected to bat first after winning the toss and scored 286/9 in 50 overs. Team India now has a target set of 287 runs and also have a great batting line up to chase down this target.

For Australia, Steven Smith scored his 9th ODI century after missing in 2nd ODI at Rajkot when he got out for 98 to Kuldeep Yadav. After 98 runs in 2nd ODI at Rajkot, today he made sure that he crosses the hundred run mark this time and he didn’t fail.

Steve Smith kept scoring runs from one side and ended up his inning at 131 runs with the help of 14 fours and 1 six before getting caught to Shreyas Iyer on the ball of Mohammed Shami in 48th over of the inning.

During this inning of Steven Smith, the major moment came when hit a gorgeous helicopter shot on the 3rd ball of 46th over to Navdeep Saini. This was his only six of the inning and that too came in MS Dhoni style shot.

This shot by Steven Smith made fans crazy as MS Dhoni is out from the Indian National Cricket Team from the World Cup 2019.