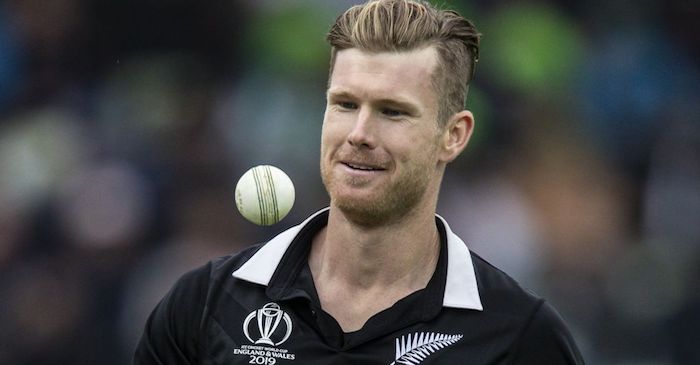 New Zealand all-rounder, James Neesham is known to be one of the most comedic elements in the history of cricket. He has his Twitter game up all the time and Neesham, in the past, has made the cricket fans laugh with his tweets. 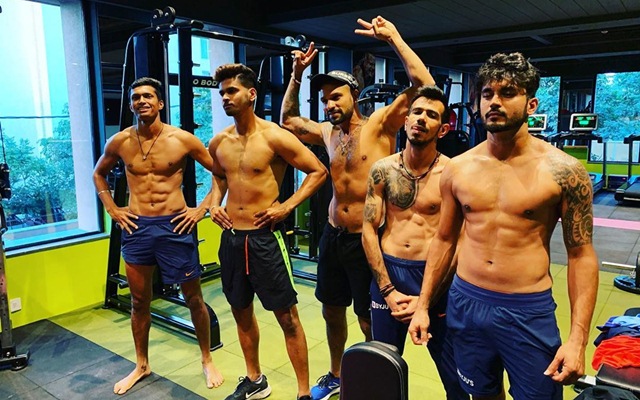 Recently, the fans would have noticed that the photo where the current Indian stars are showing off their abs has gone viral on the internet. The abs of Navdeep Saini has taken everyone by shock as no one expected him to have such a physique. Also, featuring in that photo is the triplet of Shikhar Dhawan, Manish Pandey, and Shreyas Iyer.

While all the four cricketers have a very healthy body, the same cannot be said about Yuzvendra Chahal. The leg-spinner from Haryana has always punched above his weight but all-rounder James Neesham was certainly not impressed with his physique. When ESPN Cricinfo shared this picture on their Twitter handle and asked the fans to tweet their reply here’s how Jimmy Neesham replied.

The Kiwi player shared a GIF of the Hollywood hero who is not impressed and calling it cut. Certainly, this is a jibe taken on Yuzvendra Chahal. This has also heated up things heading into India’s tour of New Zealand. Yuzvendra would be keen to take some sweet revenge for this trouble by taking Neesham’s wickets in the approaching tour.

As far as the Indian team is concerned, they will enter the M. Chinnaswamy Stadium today in Bengaluru to collide with the Australian team in the series decider.