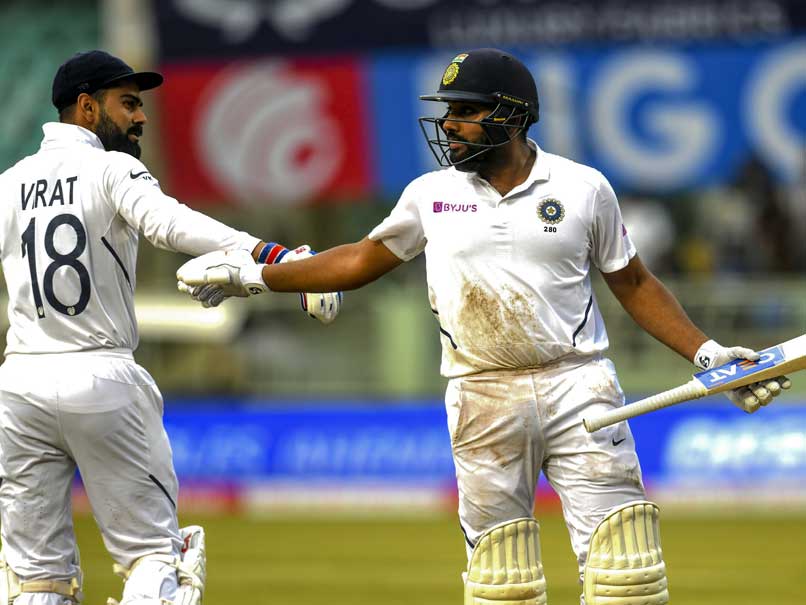 Rohit Sharma, who scored a century in both innings of his first Test as an opener, has achieved a tremendous jump in the ICC Test rankings.

Hitman Rohit Sharma reached a career-best 17th position in the batsmen’s Test rankings. Rohit had scored 176 in the first innings of the Visakhapatnam Test match and 127 runs in the second innings. Rohit Sharma was also chosen as the ‘Man of the Match’ for his innings.

India won the first match by 203 runs to take a 1-0 lead in the three-match series. Mayank Agarwal also gained 38 places after scoring a double century in t he first innings, which led him to a career-best 25th ranking.

Captain Virat Kohli retained his second position, although he slipped below 900 points for the first time since January 2018. He now has 899 points and he is 38 points behind Australia’s top-ranked Steve Smith.

Among the bowlers, off-spinner Ravichandran Ashwin returned to the top 10 after taking eight wickets in the match. He took seven wickets for 145 runs in the first innings. The first top-ranked Ashwin jumped four places from 14th and also reached the top five in the all-rounder list.

Centurions for South Africa, Quinton de Kock, and Dean Elgar also benefited. De Kock moved up four places to be in the top 10 by finishing seventh, while Elgar gained five places to move up to 14th.