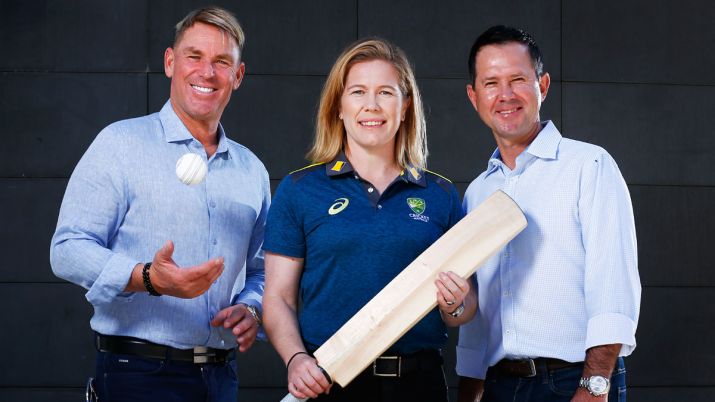 Former Australia players Ricky Ponting and Shane Warne are all set to play a charity game to raise funds for the victims of the devasted fire in Australia. However, it is expected that batting maestros Sachin Tendulkar, Brian Lara and former India captain MS Dhoni might join their team for the charity game.

Ponting and Warne will lead the sides in Cricket Australia’s Bushfire Cricket Bash, which will take place ahead of the Big Bash League final on February 8. The matches will be a part of a triple-header where Australia to host India in a women’s Twenty20 International in Melbourne as well.

The players like Adam Gilchrist, Brett Lee, Justin Langer, Michael Clarke, Shane Watson, and Alex Blackwell will take part in the match. On the other hand, former Australia skipper Steve Waugh and former Australian women’s player Mel Jones will be there in a non-playing capacity.

“Hopefully a few big names will get involved as well, From all sorts, whether it be music, film, TV or sports from different codes. We’re trying to put together an electric group, a diverse group that people will identify with,” Shane Warne said on Sunday.

BIG NEWS: Ricky Ponting and Shane Warne will captain star-studded teams in a Bushfire Relief Match to be played on February 8!

“We can only try,” Ricky Ponting said. “We can only reach out to them and see if they want to help out. It’s been a pretty tragic time in Australia. All those guys who have been out here and traveled with different countries have had great times in Australia, whether it’s playing here or getting out and about. It sometimes can be amazing what people will do to try and help others out in difficult times.”

The venue of the game is not decided yet. It will be finalized after the venue of the BBL final is confirmed. All profits and funds raised during all three games on February 8th will be given to the Australian Red Cross disaster relief and recovery fund.

“We’ve already seen the cricket community respond massively to raise funds for communities impacted by the fires at a national, state and community level. Australian cricket recognizes the significant impact the fires have had to date on community sporting facilities across the country.” CA chief executive Kevin Roberts said.