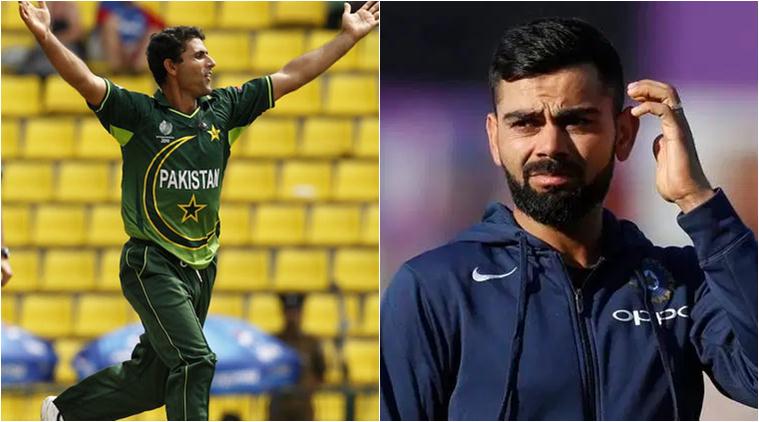 It is no secret that Virat Kohli is one of the finest batsmen of the world and he enjoys his role in high-pressure situations. The right-handed batsman can bat well in all three formats.

He is a rare talent who can play slow in Test cricket and then switch gears to play the T20 form of the game. It is very tough being Virat Kohli because not only is he the pillar of the Indian Cricket Team but he is also the captain of the nation and the number of grey hair in his beard reflects the amount of stress he takes.

Every cricket fan should have respect for King Kohli but unfortunately, the reality is totally different. Some fans and even a few cricket legends have disrespected him.

After the 2019 World Cup, the fans had seen how the former Indian player, Farookh Engineer falsely stated that the selectors of the Indian team were serving tea to the wife of Kohli, Anushka Sharma. This was completely baseless and even the actress broke her silence after that incident.

Pakistan have players who can become better than Virat Kohli: Abdul Razzaq

Recently Pakistan’s former all-rounder, Abdul Razzaq has been in the news for making controversial statements and now he has added one more kitty to the account by mentioning that Pakistan has a bunch of players who can become better than Virat Kohli. Talking to PakPassion.net on Friday (24th January), Razzaq said:
Advertisement

“Virat Kohli is a fantastic player and there is no doubt about it. However, he is lucky as the BCCI supports him well and instills the confidence in him that any player needs to succeed.”

“The respect he gets from his board is what probably inspires him to do well all the time and results and there for all to see. I do believe that even in Pakistan we have players who could become better than Virat Kohli, but they are neglected by our system which is a tragedy. In Kohli’s case, he has taken that confidence shown in him by his board and using his talent, repaid them by with his performances.”

Thus, he disrespected the Indian skipper by concluding that if Pakistan Cricket Board supports its B-class team then it can produce players better than Virat Kohli.