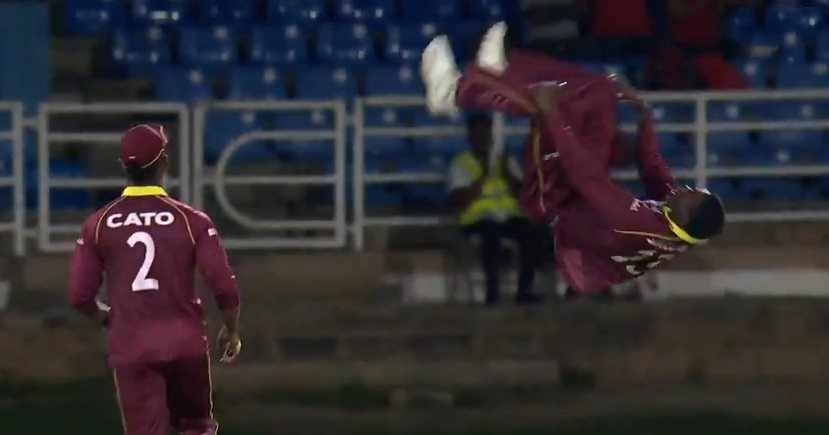 And recently an outrageous celebration style from a West Indies player in the domestic League of West Indies has gone viral all over the internet.

Talking about the match, it was the final match of the Super 50 Cup at the Port of Spain. West Indies Emerging Team and the Leeward Islands were playing this final match. Leeward Island won the toss and elected to field.

Chasing the target of 294 runs to lift the Super 50 cup, Leeward Island got all out on just 88 runs and West Indies Emerging Team won the final match by 205 runs. For West Indies’s emerging team K Sinclair took 4 wickets in just 5.5 overs and gave only 20 runs.

Kevin Sinclair played a vital role in winning the final match. He took 4 wickets for West Indies’s Emerging team. And when he took his first wicket of the match dismissing Kieran Powell he celebrated in an epic way.