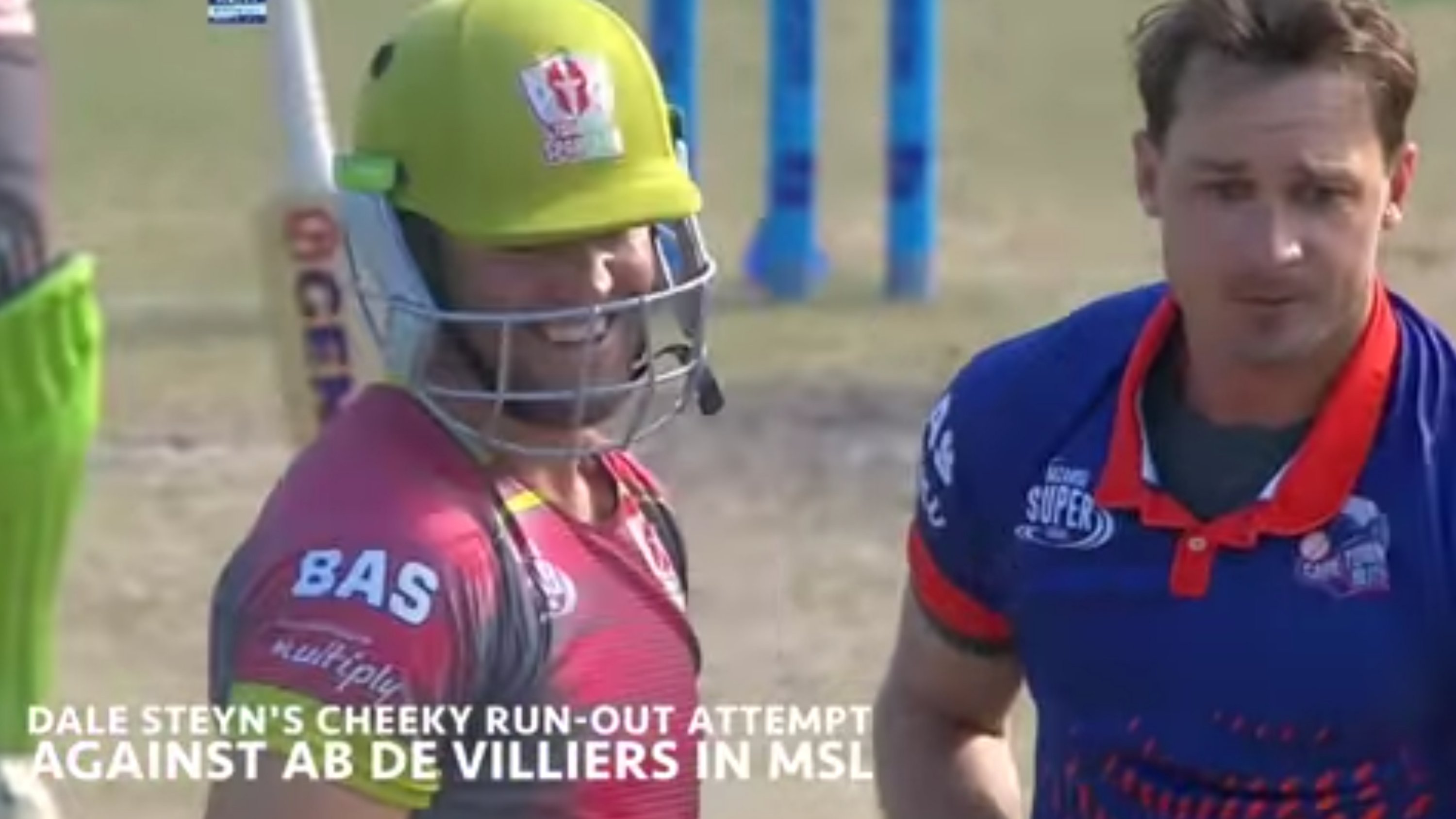 AB De Villiers and Dale Steyn, these two names have a big fan base around the world. Both players have already taken retirement from International cricket and currently participating in the Mzansi Super League 2019.

This is the second season of Mzansi Super League and all this moment happened in the 22nd match of the tournament played between Capetown Blitz and Tshwane Spartans on December 1 at Capetown.

In response to this Tshwane Spartans could only score 142 runs in 20 overs and lost the match by 15 runs. Dale Steyn picked up 3 wickets in his 4 overs and gave only 10 runs. For this performance, he also won the Player of the Match award.

Spectators present in the stadium had a good laugh and enjoyed the moment. Even the commentators couldn’t stop themselves from enjoying this moment.