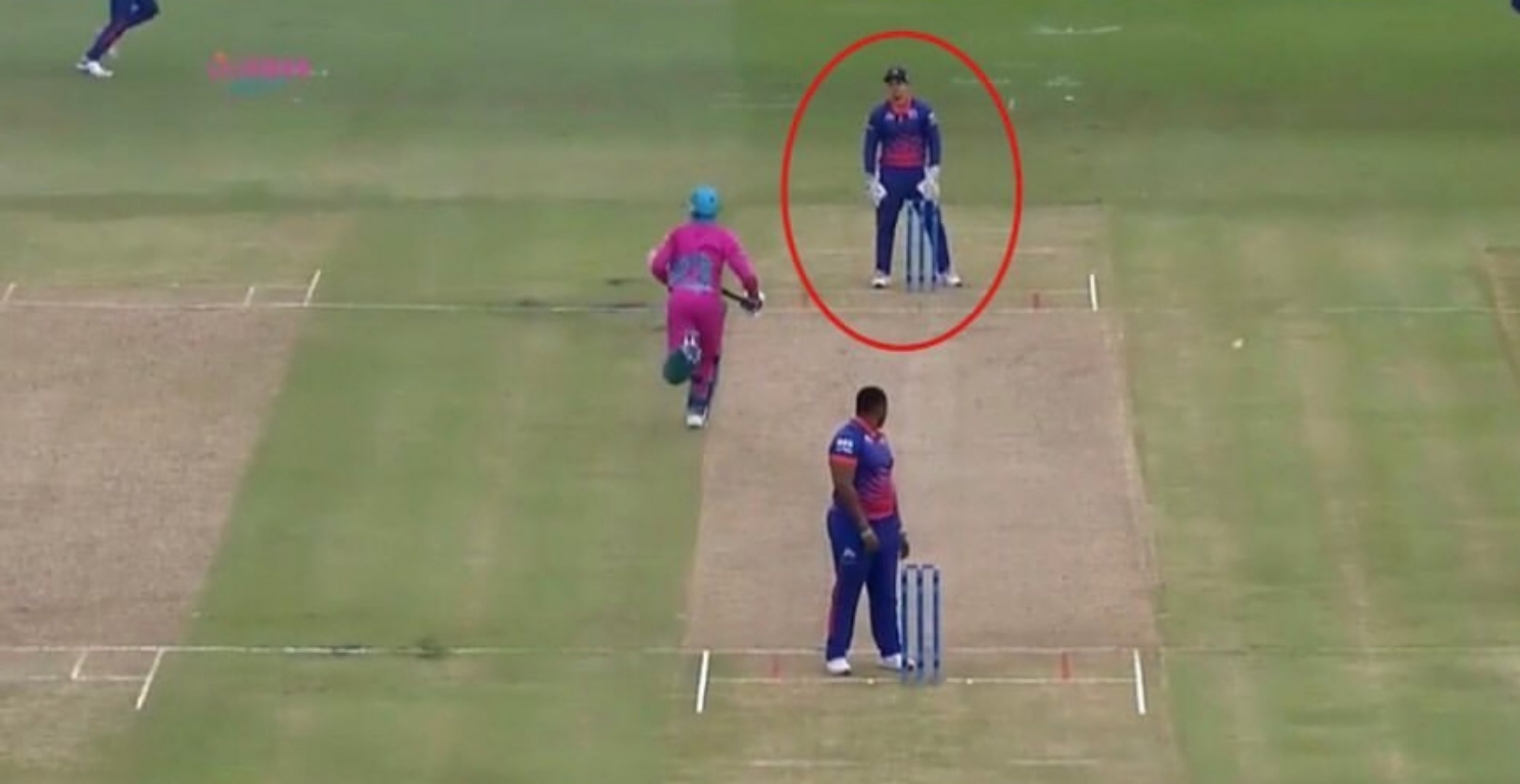 Ch asing the target of 175 runs Durban Heat could only score 164 runs in 20 overs and lost the match by 10 runs. For Durban Heat Wihan Lubbe scored 82 runs. But his inning went in vain.

During the match in 18th over of the second Inning South Africa Quinton De Kock does a run out like former Indian Captain MS Dhoni to dismiss the the Cape Town Blitz player Phehlukwayo.