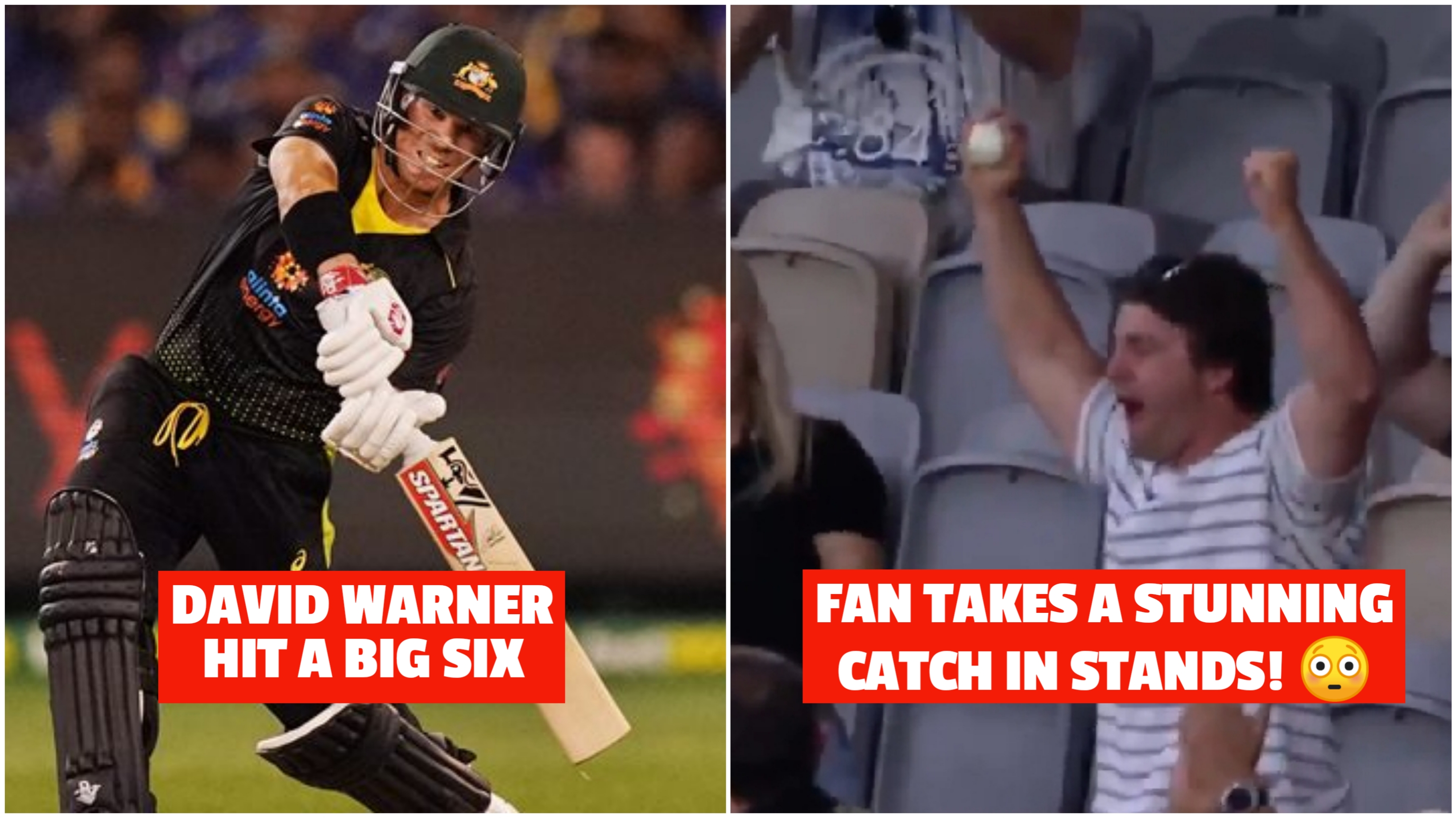 Australia has won the last and final T20I at Perth of the series against Pakistan and also win the series by 2-0. The first match of the series was washed out by the rain in Sydney. And, in the second match at Canberra Australia by 7 wickets.

In this match at Perth, Australia won the toss and opted to bowl first. Pakistan batsmen were totally outperformed by the Australian bowlers. Batting first Pakistan scored only 106 runs with the loss of 8 wickets 20 overs.

Chasing this low target both Australian openers started smashing the bowlers from the start only. Both the openers, Aaron Finch (52*) and David Warner (48*) remained not out and chased down the target only in 12 overs.

A fan takes a stunning catch

While David Warner was on 29* he hit the ball to the long-on for a six on the ball of Imad. A fan standing in the stands take that catch and stuns everyone.