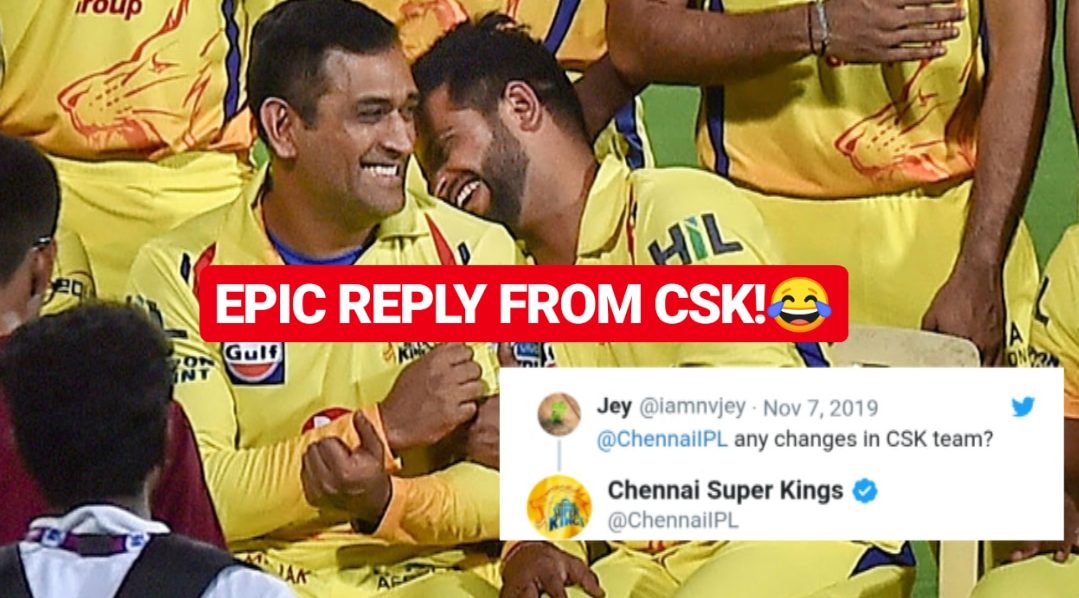 Chennai Super Kings was suspended for two years by the Supreme Court of India due to fixing allegations in the Indian Premier League. But in 2018 Chennai Super Kings made a strong comeback. And also won the 3rd IPL trophy led by the most successful captain MS Dhoni.

When they came back after the ban in 2018, the franchise tried to get all the vintage players of CSK in the tea back. They picked the most experienced team in that Mega Auction and went to win the IPL trophies.

At that time CSK was criticized for picking up the aged players in the team as they picked more than 10 players who were in the early thirties. But still, the team proved that experience matters after winning the 3rd IPL title.

A Fan Asked about the Future of CSK-

Recently on Twitter, a fan asked about the future of CSK for the upcoming season of the Indian Premier League in 2020 and wrote “@ChennaiIPl any changes in CSK team?

@ChennaiIPL any changes in CSK team?

Yes. The Daddies Army will be a year older. 💛

And, the CSK twitter handle replied to that fan in a funny way. and wrote “Yes. The Daddies Army will be a year older”

From that tweet of Chennai Super Kings, it looked like the franchise is prepared for the upcoming IPL season and for the auction also which is going to take place on 19th December later this year in Kolkata.