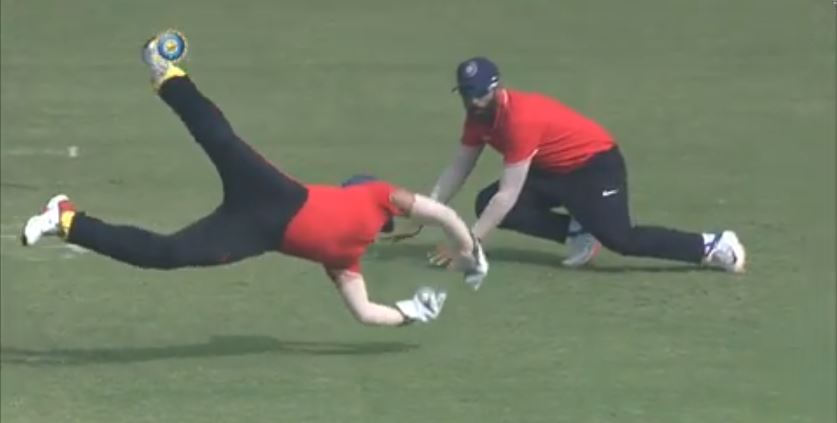 The final match of the Deodhar Trophy 2019-20 is being played in Ranchi between India C and India B. India A lost all the 2 matches and went out of the race of the tournament. India B won 1 match, whereas India C won both the matches to enter into the final.

During the match, India C’s wicketkeeper-batsman Dinesh Karthik took a stunning catch behind the stumps to dismiss the Parthiv Patel. Parthiv was on the score of 14 runs when he was dismissed by the Ishan Porel.