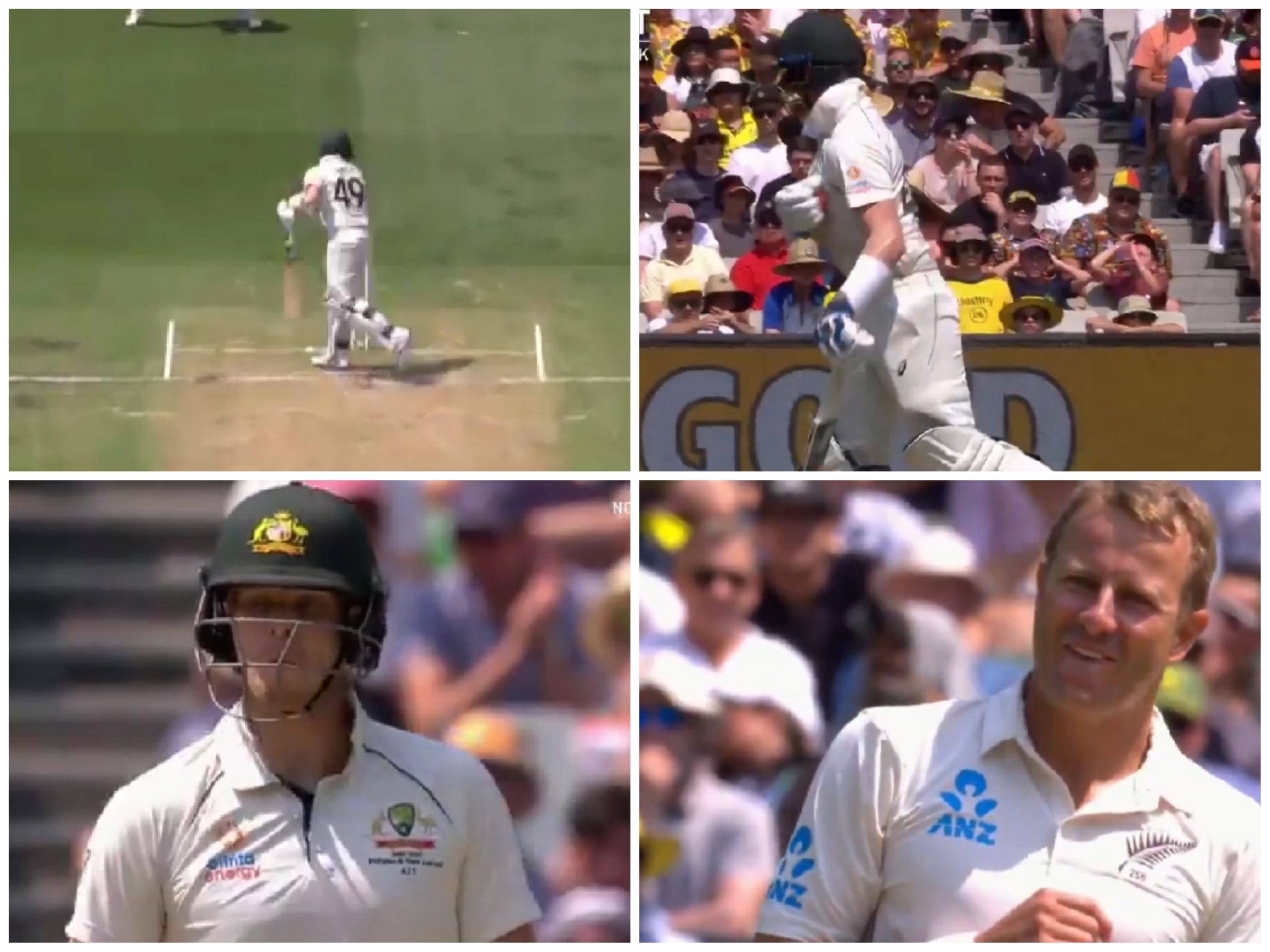 Steve Smith, who resumed his innings at 77* from the first day, ended up playing a stable knock of 85 off 242 balls which included eight fours and a six. It has to be mentioned that it was Neil Wagner who cleaned up the top Australia middle-order batsman in the 105th over.

As far as Wagner is concerned, the left-arm pacer has left the star batsmen Smith struggling with his short-pitch deliveries throughout the series.

In the 105th over, Smith perfectly hit the short delivery but Henry Nicholas had some other plans. He jumped while fielding at the slips and took a stunner single-handedly reverse-cup with h is right hand and sent Steve Smith in.

As far as the game is concerned, Australia got the home advantage where Australia all-rounder Travis Head and captain Tim Paine steadied the ship after Smith’s dismissal.

While Head scored a century (114 off 234), Paine scored a 138-ball 79. Along with them, Marnus Labuschagne and Steve Smith’s half-centuries helped Australia put up a decent total of 467 before getting all out.

During the ongoing second day of the second Test between New Zealand and Australia in Melbourne, Australia batsman Steve Smith found himself at the wrong end as he was nearly hurt by a deadly bouncer from New Zealand speedster Neil Wagner

The incident took place on the last delivery of the 101st over when Smith was seen struggling against a bouncer from Wagner. Having survived a blow on the head, Smith’s odd position saw him catching the ball all by himself. Both him and Wagner were seen exchanging weird expressions as well.