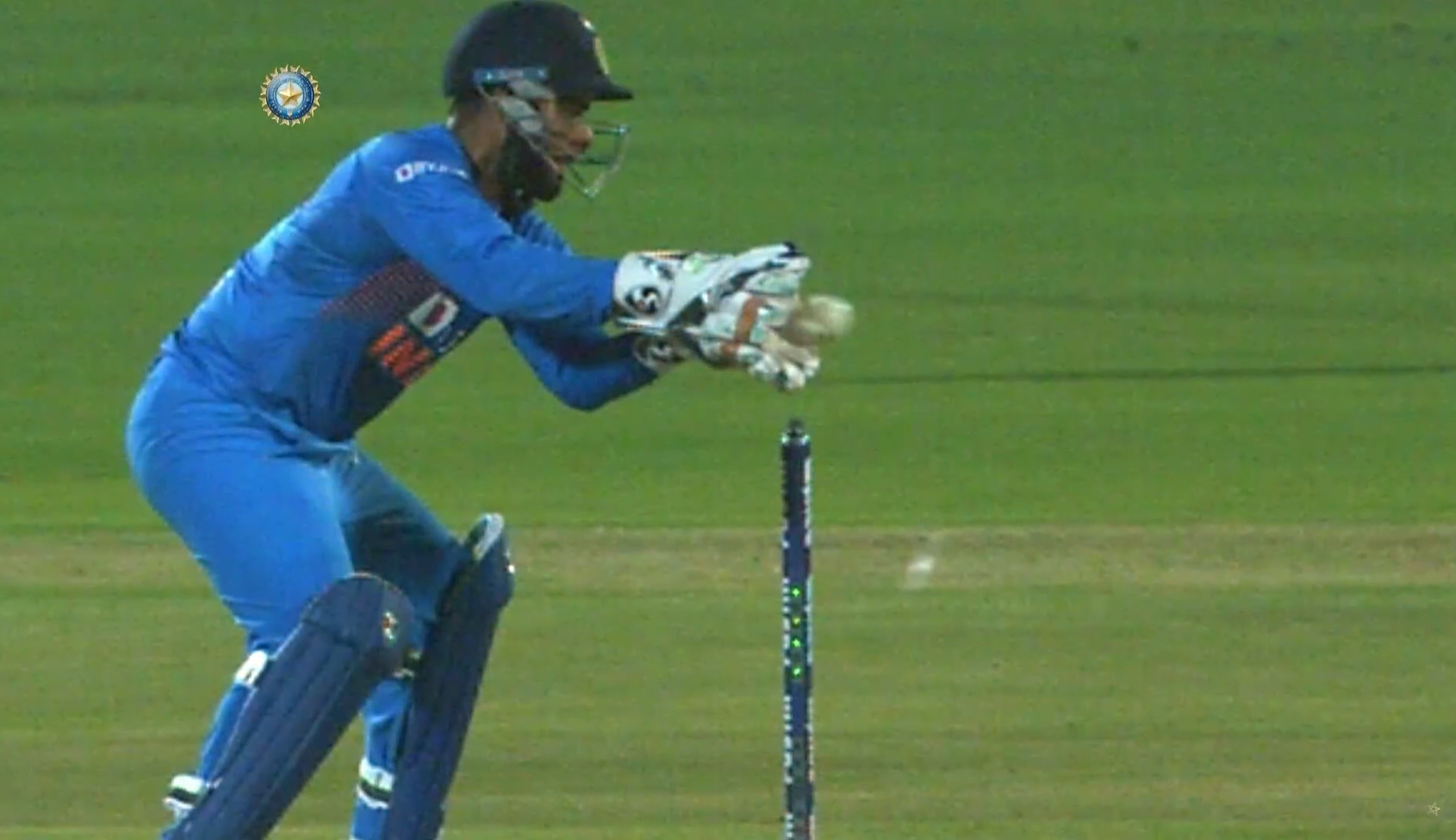 Wicket Keeper Batsman Rishabh Pant once again miserably failed behind the stumps in 3rd ODI against West Indies at Cuttack.

The wicket-keeper’s position of the Indian cricket team has been the talking point in the cricket circles because MS Dhoni has been away from the team.

The legend has not stated any reason behind his absence which has fueled the rumors of MS Dhoni retiring from the cricket field.

Ravi Shastri, the Indian coach, had mentioned that IPL 2020 will decide Dhoni’s future in the Indian team and he even called Rishabh Pant the number 1 wicket-keeper batsman of India.

This had angered a lot of fans because Dinesh Karthik was dropped from the team without any reason, Sanju Samson and KS Bharat are impressing in the domestic circuit yet not playing international cricket while Rishabh Pant is not making the most out of the opportunities he is receiving.

Pant had earlier flopped with the bat, however, in the ongoing series against West Indies, he played two gritty knocks in the first two ODIs. This has silenced a lot of critics but one cannot deny the fact that Pant is not even 10 percent of MS Dhoni behind the stumps.

In the previous matches, the fans had witnessed that Rishabh Pant wrongly advised the Indian to take reviews behind the stumps. But, this time he has dropped two catches.

The first catch was an easy one as any wicket-keeper could have judged with his experience but the second one was tough because there was an inside edge from the batsman’s blade.