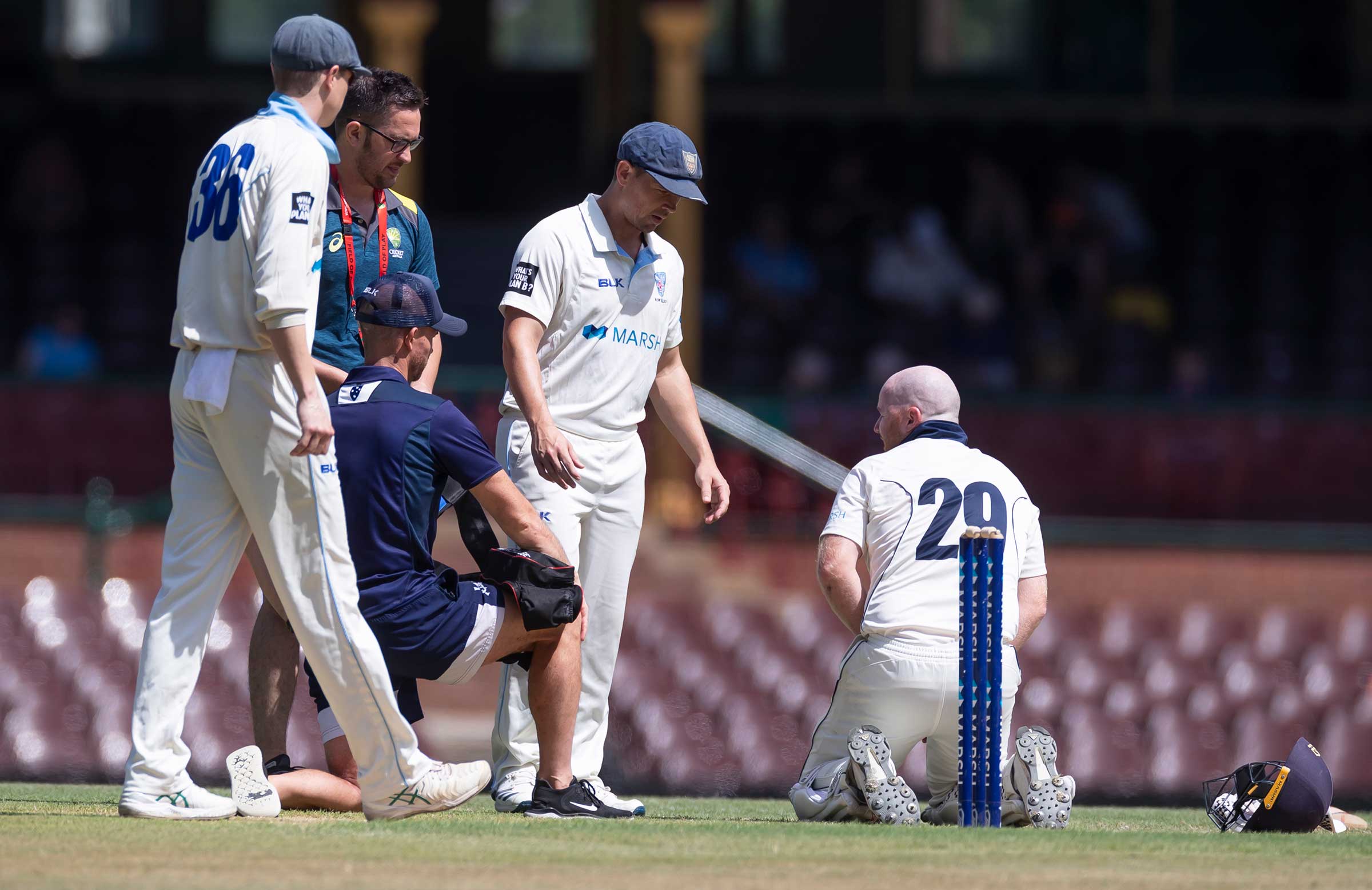 Cricket is a funny game and no one can predict what funny moment the game will produce in the next minute. Recently, during a Sheffield Shield match going on between Victoria and New South Wales, a batsman named Travis Dean had to retire hurt after the ball hit him on the wrong the place.

The opening batsman tried his best to gather his momentum and set his concentration level once again, however, the pain reached the next level as the umpires allowed him to walk back citing groin injury as the reason.

Talking about the match first, Victoria and New South Wales locked horns with each other in a league match of the Sheffield Shield. It was the first day of the match and Victoria elected to bat first. Dean opened the innings along with Marcus Harris however, Harris got out soon as Harry Conway trapped him leg before.

Former Australian batsman, Nic Maddinson rescued the innings with a fine knock of 95 runs while Peter Handscomb and Matt Short supported him to perfection in the middle. They took the team’s total past 300. Seb Gotch, who was in action during the Big Bash League, hit an unbeaten half-century. He is present in the middle along with the team’s opener, Dean who returned after proper recovery.

While it is the goal of every fast bowler to trouble the batsman with his aggression. They use the short-pitched deliveries to break their focus.

However, Trent Copeland of New South Wales discovered a new way of sending the batsman back to the pavilion as one of his deliveries hit him on the groin. Dean tried his best to get up but the injury was very deep. Ultimately, he was taken off the field.

A blow so painful Travis Dean was forced to retire hurt 😫