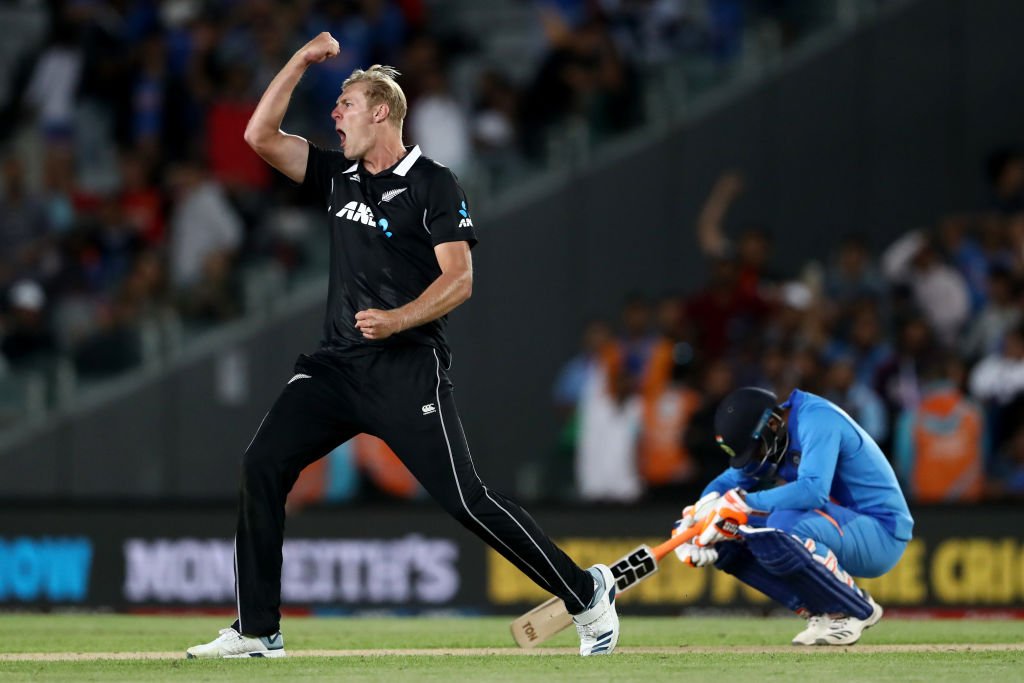 New Zealand bounced back after the T20I series whitewash as they have now taken a 2-0 lead in the 3-match ODI series. They defeated India by pulling off their highest run chase in the first ODI and now, they beat the Men in Blue in the second ODI by defending a total of 273 runs.

Martin Guptill and Ross Taylor were the biggest heroes for the home side as they scored 79 and 73 runs, respectively. Comeback man Yuzvendra Chahal picked up 3 wickets for India.

In reply, Indian top order failed once again as Shreyas Iyer steadied the innings with a fifty. Ravindra Jadeja took the game till the final overs however, India fell short by 22 runs in the end. Debutant Kyle Jamieson won the man of the match award for his worthy contribution of 25 runs and 2/42.

It’s a great victory. The last game, batters won the game and today the bowlers did the job for us. It’s always a funny wicket, if you pick up early scalps, you are always in the game. That partnership for us towards the back-end was a vital one. I was never satisfied till the last wicket was taken. It was about juggling the bowlers around. They kept coming back and Kyle on debut was fantastic today. It will be great to win 3-0, fingers crossed!

Two good games, and it’s great for the fans. I’m impressed with how we finished. We let things slip away from 197-8 to 270+ in the first half but came back strongly with the second half of our batting. We were in trouble with the bat, but Saini and Jadeja played really well, as did Shreyas. ODIs aren’t too relevant this year compared to Tests and T20s, but to find people who can play that way under pressure is a big revelation for us and a big plus. We could consider changes in the final game, since we have nothing to lose now. We’ll play expressive cricket and not worry too much about the result. It’s upto the individuals to fight till the end. We didn’t send them any messages, because those aren’t what your instincts are telling you to do. We didn’t know how good Saini could be with the bat, so if the lower order could be that good, then it inspires the middle order and the top order to step it up too.

Records of the match

3- For the first time in his ODI career, Jasprit Bumrah has gone wicketless in 3 consecutive innings.

5- New Zealand has now built a 5-match unbeaten streak in ODIs against India which started in the CWC 2019 Warm Up matches.

The Indian team will fight for respect in the 3rd ODI as they have no chances of winning the series. On the other hand, Tom Latham and co. will receive a massive boost in the form of Kane Williamson as they will try to whitewash the visitors 3-0 in the 50-overs series.

India has not played up to the mark in ODIs, especially against New Zealand. The Kiwis defeated them in World Cup semi-final and now handed them defeats in back-to-back ODIs. Despite not having players like Trent Boult and Williamson, New Zealand has beaten India. Thus, Virat Kohli has a lot to think about.