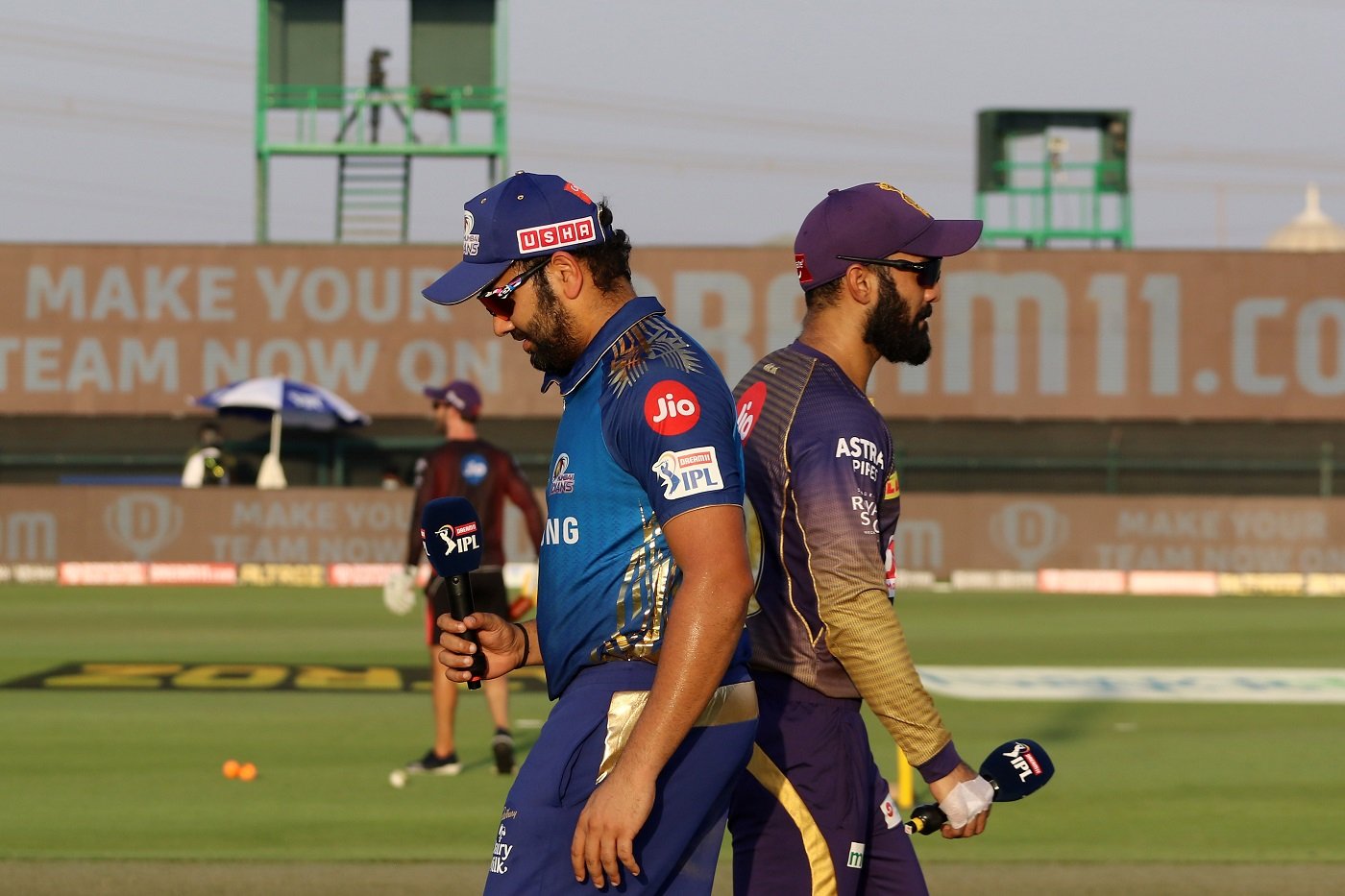 Mumbai Indians opened their winning account in IPL 2020 with a big win of 49 runs over Kolkata Knight Riders on Wednesday.

With this Mumbai Indians has registered their first win in UAE. Captain Rohit Sharma played a key role in leading the team to a big score of 195/5. Rohit Sharma hit six maximums in an inning of 80 runs. This was well supported by the collective bowling effort of MI’s bowling unit. Four players took two wickets for Mumbai Indians, while Kieron Pollard also took one wicket.

Here is all the statistical review from Mumbai Indians’ first win in IPL 2020:

1 – Mumbai Indians register their first IPL win in the United Arab Emirates with a 49-run win against KKR.

MI lost all five matches played in the UAE during the 2014 IPL and also lost the opening match of this season against CSK.

6 – Rohit Sharma becomes the second Indian after MS Dhoni to hit 200 sixes in IPL with sixes against KKR. Among the foreign players, only Chris Gayle and AB de Villiers achieved this feat before Rohit.

7 – Rohit is now the first player to score 900+ runs in IPL against an opponent. He has 904 runs in 26 IPL matches against Kolkata Knight Riders.

8 – Andre Russell is the 2nd bowler in IPL history to record two wickets via hit wicket. S Sreesanth dismissed the first two hit wickets of IPL in 2008 by dismissing Musavir Khote and Misbah-ul-Haq.

9 – Pat Cummins’s economy rate of 16.33 is the combined second-worst score in an IPL match for KKR (minimum 3 overs). Laxmipathy Balaji conceded 51 runs in his three overs at an economy rate of 17 in the 2011 season match against MI.

10 – This match was the 150th match in Kieron Pollard’s IPL career. With this he becomes only the 2nd overseas player after AB de Villiers and the 14th over to complete the 150th IPL game. Pollard (MI) and Kohli (RCB) are the only players to play 150+ IPL matches representing only one franchise.