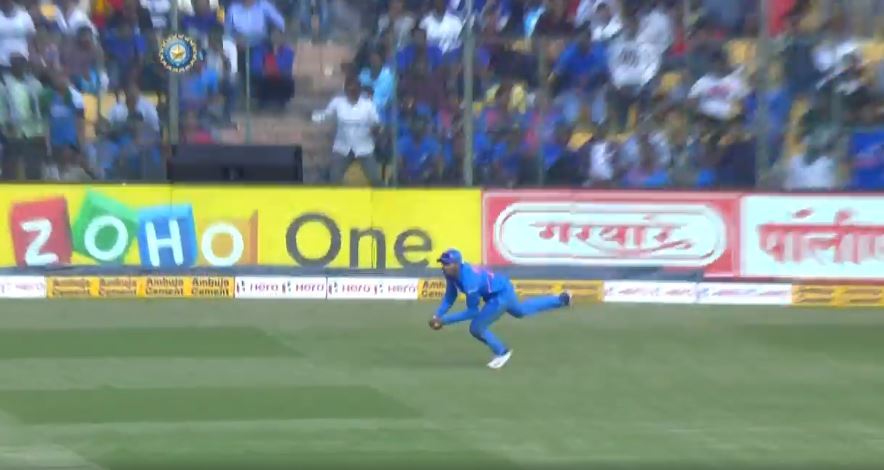 The third ODI between India and Australia is currently happening at the M. Chinnaswamy Stadium in Bengaluru. The 3-match series has been full of thrill and entertainment thus far.

Australia began the series with a rollicking 10-wicket win in Mumbai while India recorded a win in the second match to level the series. The series decider is being dominated by the Men in Blue as they have kept things under control on the flat wicket.

Australia had won the toss and elected to bat first in Bengaluru. They got off to a bad start as opener David Warner lost his wicket for just 3 runs. Steve Smith, however, formed magnificent partnerships with Aaron Finch, Marnus Labuschagne and Alex Carey to take Australia to a respectable total.

The former Australian captain scored a century and it seemed like the right-handed batsman would guide the team to a 300+ score. However, a fantastic catch from Shreyas Iyer undid all of Smith’s good work.

Just when the Rajasthan Royals player thought of switching to the aggressive gears, he flicked one ball from Mohammed Shami directly towards the leg side.

Shreyas Iyer takes a stunner to send Smith back

Steve Smith was batting on 131 and his strike rate was improving very much. He was about to start hitting the big shots when in the 48th over, he hit the ball in the air and at the first sight, the fans thought that the ball would pitch once and the batsmen would take a couple of runs.

Shreyas Iyer changed the complexion of the innings by driving forward and taking the catch. Even Iyer could not believe that he had taken the catch such was the wonderfulness of the catch. He is definitely one of the top class fielders of the world right now.