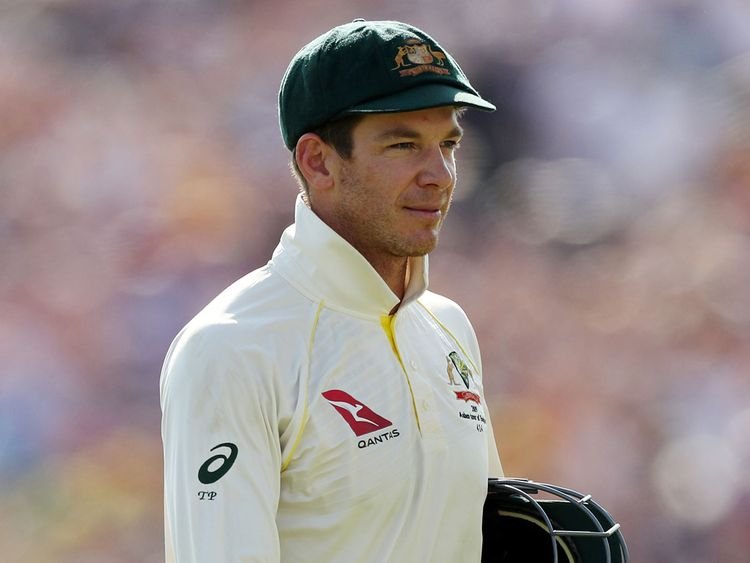 Openers of Pakistan Cricket team gave a good start to the team and made a highest ever opening partnership for the visiting team against the Australia at Gabba in tests. Massod (27) and Azhar Ali (39) added 75 runs while opening.

But as soon as Shan Massood was dismissed by Pat Cummins, Pakistan team started loosing wickets. Pakistan team was reduced by Australian bowlers from 75/0 to 78/4. They lost 4 wickets in 39 balls for just 3 runs.

We all know how much funny is the Tim Paine from behind the wickets. The captain and Wicket-Keeper of Australia National Cricket Team Tim Paine always try to make funny comments on the batsman while wicket keeping.

Mohammad Rizwan came to bat at No. 7 when the Pakistan team was struggling at 95/5. He added some valuable runs to the the total before he was dismissed by Pat Cummins At 37.

And this time also Tim Paine Started a funny banter with the wicket-keeper of Pakistan team Mohammad Rizwan. Tim Paine standing behind the wicket quoted “You smells very nice.”