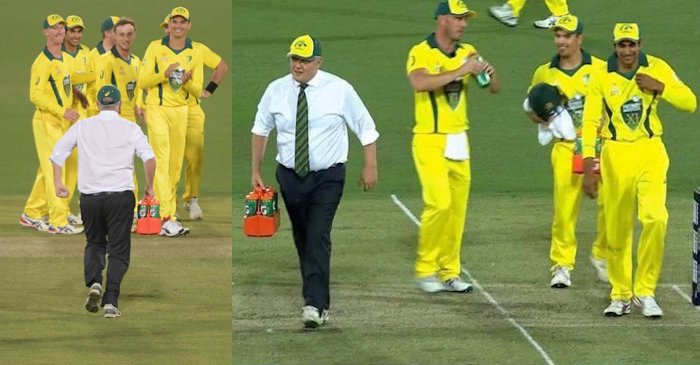 Some incidents in the field of cricket are remembered for a long time. A similar incident was seen at the Oval Ground in Canberra on Thursday.

A practice match was being played between Sri Lanka and Prime Minister XI here. When the drinks were taken, Australian Prime Minister Scott Morrison reached the ground with the water bottles in his hands.

All the players inside the ground and all the spectators in the stadium were surprised when Australian Prime Minister Scott Morrison arrived to watch the practice match and became the water boy during the drinks.

Like the other waterboys at the break, he raced about the drinks on the field. Australian players were also surprised to see the Prime Minister like this. However, this entire incident is being praised on all sides. Morris has dominated social media in this role and is highly appreciated.