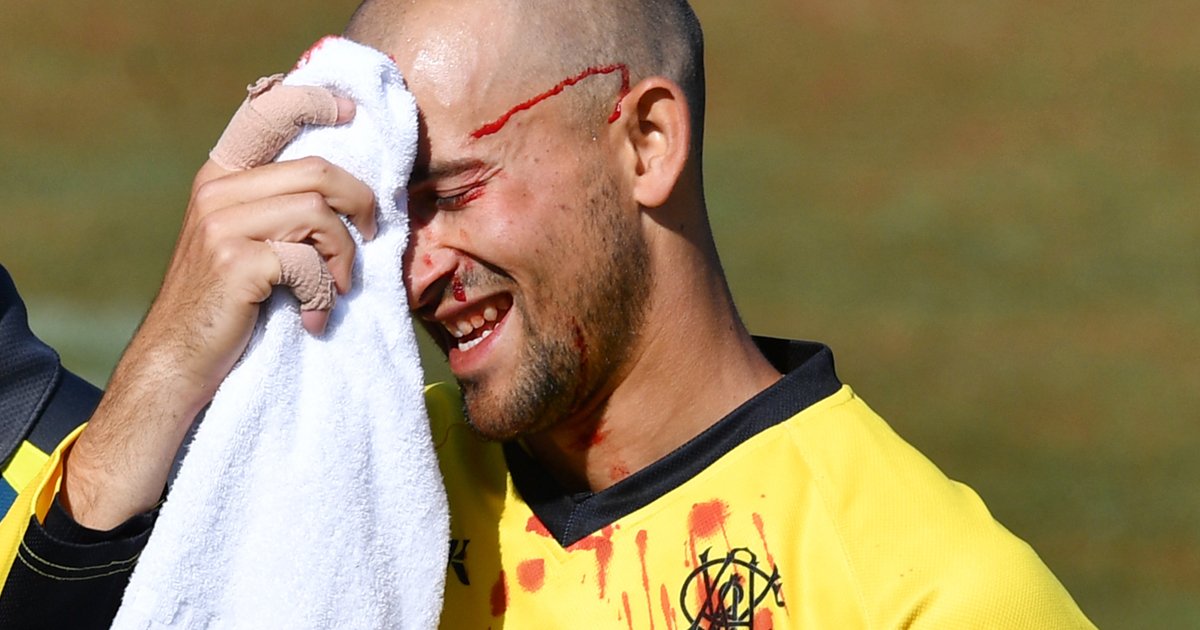 The Australian spinner Ashton Agar injured himself while fielding on Sunday in the Australian Domestic One Day Cup 2019. He suffered a laceration to the bridge of his nose.

Talking about the incident, it all happened in the 18th match between South Australia and Western Australia of the Australia Domestic One-Day Cup, 2019. On the 3rd ball of the 41st over from the Australian All-Rounder Marcus Stoinis, South Australia Wes Agar played a short toward the Mid Wicket region.

It was just a bad day for the Agar family. Because at that fielding position, his brother Ashton Agar was standing who ran to take the catch, but he slipped while taking the catch, and the ball hit his nose.

This whole moment became the major highlight of the game. But thankfully, Ashton Agar is now safe, and he has no serious issues.

“He slipped over, and the ball hit his glasses and the glasses split him open. The doctor wanted to stitch him up, but he just got engaged so he said he’ll leave it to a plastic surgeon,” Wes was quoted by Cricket Australia. “I was pretty rattled … It looked really bad. I was just worrying about his health and I wasn’t thinking about anything else. I just ran out of my crease to go to see him and I didn’t feel great. But thankfully he’s okay,” he added.