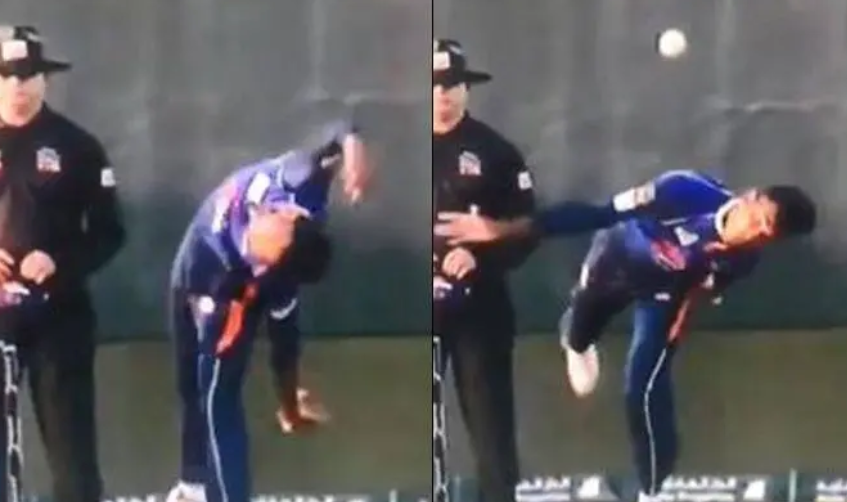 The Sri Lankan spinner Kevin Koththiigoda has made the headlines for his weird bowling action while playing in the T10 league game in Dubai.

He is not the first player who made into the news for their bowling actions. Earlier also several bowlers caught the eyes due to their particular bowling action. Paul Adams, Lasith Malinga, Jasprit Bumrah, and Shivil Kaushik are the few names of those players who caught the attention of the audience with their different styles of bowling action.

The 21-year-old Sri Lankan Kevin Koththiigoda made his debut in the ongoing T10 League in Dubai. He was representing Bangla Tigers against Deccan Gladiators in the very first encounter of the T10 league.

His action was firstly compared with the Indian spinner Shivil Kaushik. Who also made the headlines for his bowling action while playing in the Indian Premier League.

While looking at his different style of action, everyone expected him to trouble the batsmen. But only in 2 overs he gave 22 runs and remained wicketless also. Talking about the match, Bangla Tigers lost the game by six wickets.