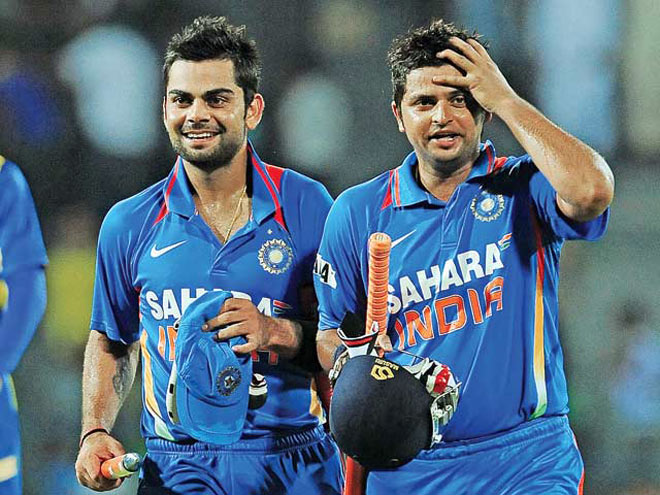 Even if how much big personality or celebrity you are, If you make a mistake on social media then fans don’t miss the opportunity to troll you back. This happened a lot more on Twitter rather than other social media platforms. Some similar kind of thing just happened with the Current Captain of Indian National Cricket Team Virat Kohli.

For now, Virat Kohli is rested from ongoing India vs Bangladesh T20I series and he celebrated his 31st birthday on 5th November. Cricket fraternity and fans on Indian Cricket Team captain wished him on social media. Indian batsman Suresh Rain who is out of the team for a while also wished him on Twitter.

Suresh Raina posted an old photo of him Virat Kohli and greeted him with a beautiful caption.

Virat Kohli also replied to him but don’t know whether he did intentionally or unintentionally but he made a mistake. While thanking him, Virat Kohli called him “Bhavesh”.

Only Virat Kohli and Suresh Raina can say whether it is a mistake or the Indian captain called him for a reason. But for now, fans got interested in this tweet and made this tweet viral with hilarious tweets.

I guess Ravi Shastri is replying from Virat's account 😹

Anushka after seeing this😂😂😂 pic.twitter.com/bP1KoXZ5Fn