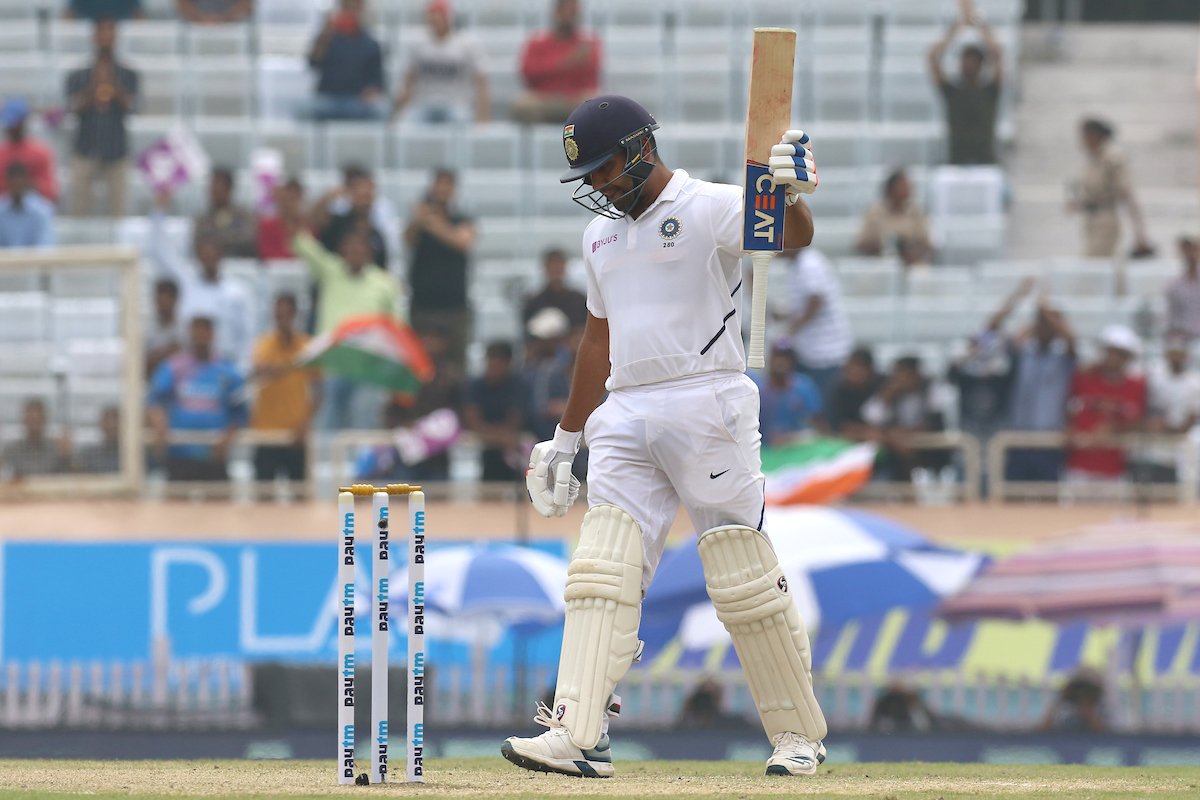 Rohit Sharma has started showing his batting ability and consistency in the tests also after starting as the opener. In the 3rd test match India vs South Africa at Ranchi, Rohit Sharma was at 199* on Day 2 Lunch. He took his time after lunch to get eyes on the balls again and played the first over as maiden.

But as he batted in next over against Lungi Ngidi, he smashed the very first ball of the over for a huge six to the left deep square leg and completed his maiden Double test Hundred.

But later on in the next over he got out on the ball of Rabada for trying to hit a six and ended the inning at 212. Yesterday also he completed his century with a monstrous six

Advertisement
when he was batting at 95.