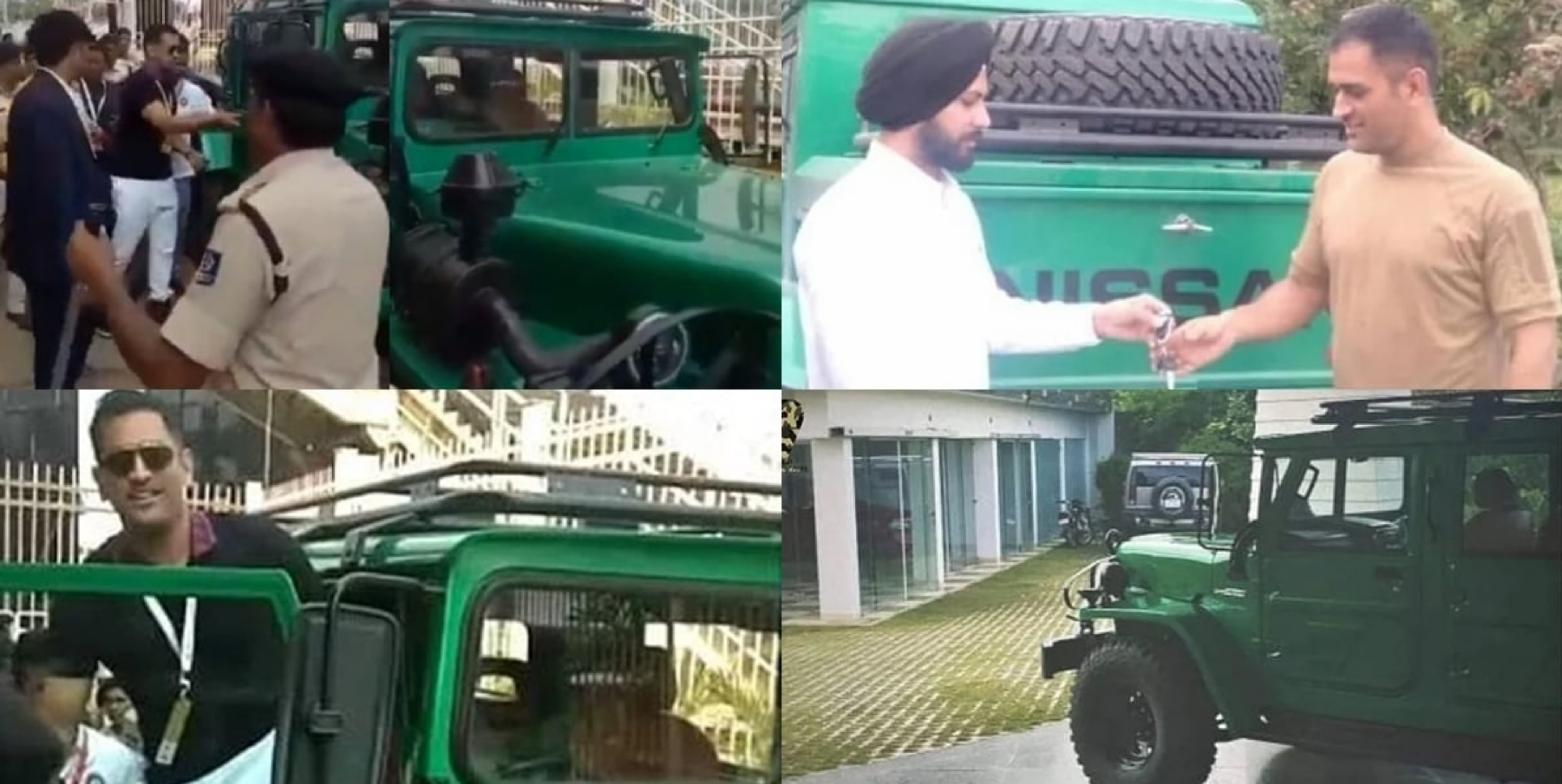 We all know how much former India captain Mahendra Singh Dhoni is fond of bikes and cars. Fans were waiting for Dhoni’s visit for the final match of the series between India and South Africa at the JSCA Stadium in Ranchi.

And yesterday MS Dhoni visited Ranchi stadium to meet the Indian team and met with his teammates in the Dressing Room and congratulated them for a 3-0 win over South Africa.

He was seen meeting with the teammates in the dressing room. But more than that the vehicle that he used caught attraction from the fans. MS Dhoni rode out of the stadium with his new Nissan Jonga. Video of his leaving in that green color jeep went viral all over social media.