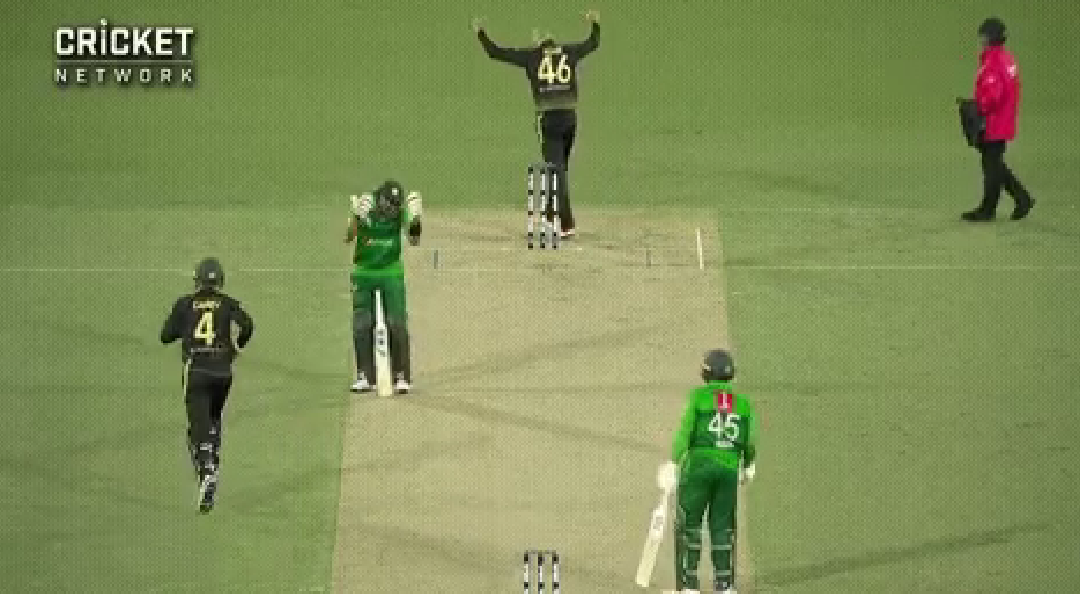 In the 2nd T20I between Pakistan and Australia, Pakistan opted to bat first and scored 150 runs in 20 overs. Australia chases the target only in 18.3 overs and won the match by 7 wickets and also takes a lead by 1-0 in 3 match series. One match is yet be played after 1st match was called off due to rain.

Pakistan lost 3 early wickets and then Babar Azam and Asif Ali were on the crease. On the first ball of 12th over Babar Azam hit a straight drive when he was on 42. Both the players completed the first run but Asif Ali denied the second run.

Not only that when the Pakistan team was struggling at that time and Asif Ali also throw his wicket on the very next ball. That made Pakistan Cricket Team captain Babar Azam very angry at him and he lashes out on him.