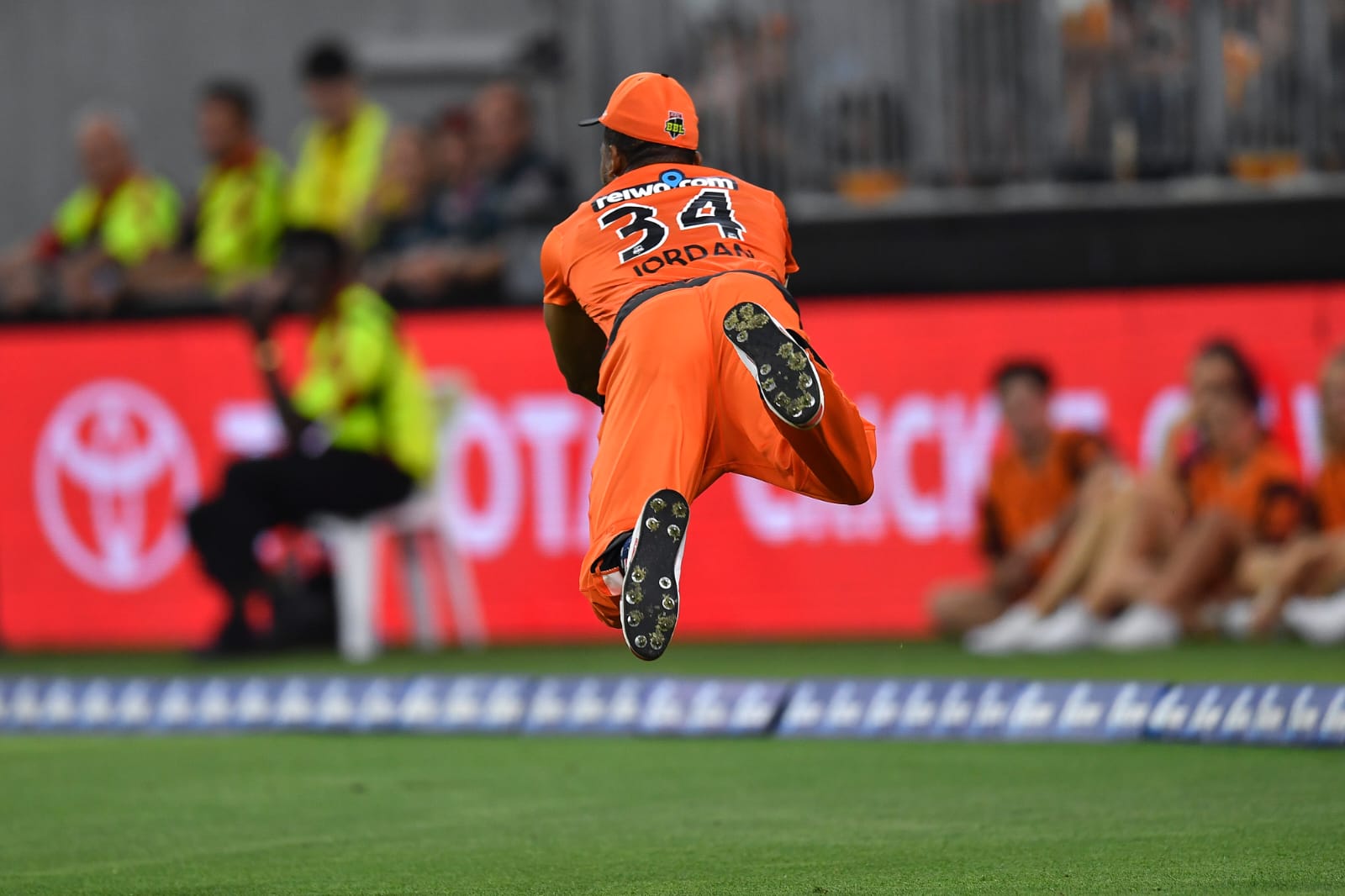 Chris Jordan takes a blinder catch in the 7th match between Perth Scorchers and Melbourne Renegades of Big Bash League 2019-20.

The most extraordinary T20 League of the world, Big Bash League is currently underway in Australia and the current season has been full of surprises. The star players have failed to live up to the expectations while the lesser-known players have ruled the roost.

The fans have seen the rise of Josh Philippe in this edition of the league and, his good performances also earned him a contract from Royal Challengers Bangalore in the recently concluded IPL Auction.

Philippe will make his IPL debut thanks to his incredible batting performances in the Big Bash League.

On the other side, Brisbane Heat captain and one half of the Bash Brothers, Chris Lynn has so far underperformed in the Big Bash League. In both the innings, he has got out cheaply and his team has lost the match.

This performance had a direct impact on his auction amount. No team except Mumbai Indians bid for him and ultimately the defending champions signed him for 2 crores only.

While the aforementioned statements have been the headlines of BBL 2019-20 so far, the catch of Chris Jordan has also sent the fans into a frenzy.

Playing for Perth Scorcher in the match against Melbourne Renegades, English all-rounder Jordan took a magnificent catch in the deep to send back the dangerous Dan Christian for a duck. This incident happened on the final ball of the 18th over during Melbourne Renegades’ innings.