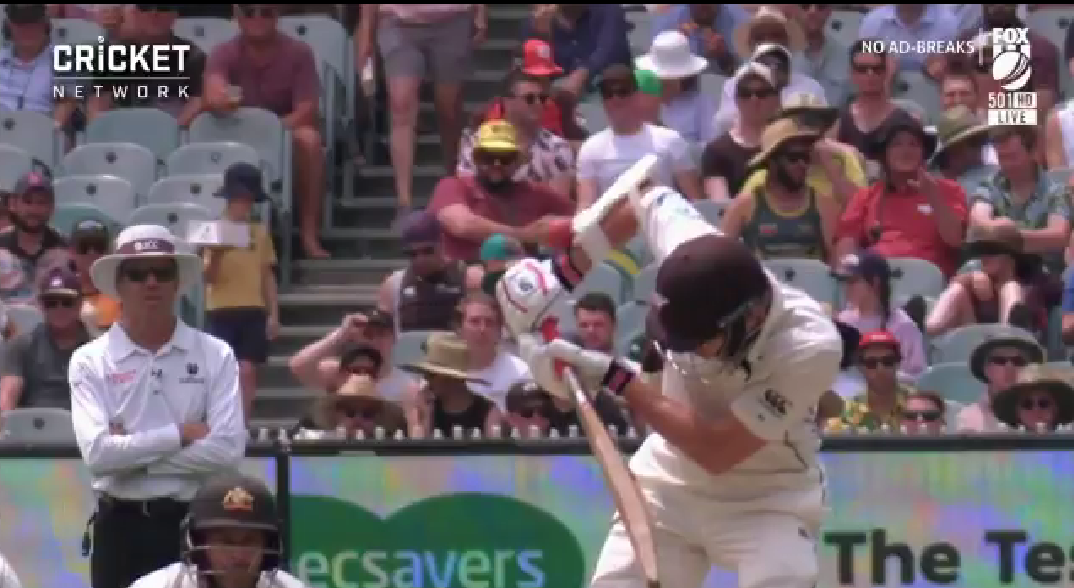 He came in the limelight during the Ashes in 2013 when he refused to give out after Stuart Broad edged the ball to first slip. The mistake somehow cost Australia the Test match, but Dar was not entirely to blame as Australia had already wasted their two reviews earlier.

However, Dar’s incorrect decision on Saturday at the MCG during the boxing day Test was inexcusable. A lethal bouncer from Mitchell Starc during the morning session of day three hit the wristband of Mitch Santner’s glove and he was caught by Travis Head at leg gully.

On-field umpire Marais Erasmus called that a not out as the deflection was not obvious during the live play. However, Australia captain Tim Paine called for a review after other players insisted on him.

Aleem Dar, who was sitting upstairs in the airconditioned third umpire’s room, had a lot of time to watch the replays and rectify the decision as well. The footage from the on-side was clearly showing the ball had struck the glove’s wristband of the batsman.

The wristband visibly stretched up the batsman’s arm after the contact where no technology was needed to decide whether the batsman was out or not. Dar took a huge amount of time analyzing the dismissal, which was not that hard to make the decision.

However, whether it was confusion, an over-dependence on technology or something else, his reluctance to overturn Erasmus’ decision raised a question on his credibility as a world-class umpire.

Former Australia captain Ricky Ponting was angry with the decision, suggesting it was 100 percent out and said he shouldn’t be umpiring at all if he fails to do the job as the third umpire.

“That has been missed by the third umpire, absolutely as plain as day … if you can’t get that right, then you shouldn’t be doing it”, Ponting said on Channel 7. “(The sweatband) clearly moves before it goes into the forearm guard. That, in my opinion, is conclusive evidence.”

“(Out), 100 percent. We could all see that clearly. The sweatband was definitely moving on the glove. That has been missed by the third umpire. Absolutely as plain as day …. If he (Dar) can’t get that right then he shouldn’t be doing it. Looking at the right things there, that’s a very, very obvious decision to make … That, in my opinion, is conclusive evidence to overturn the on-field decision,”

Watch video on the next page